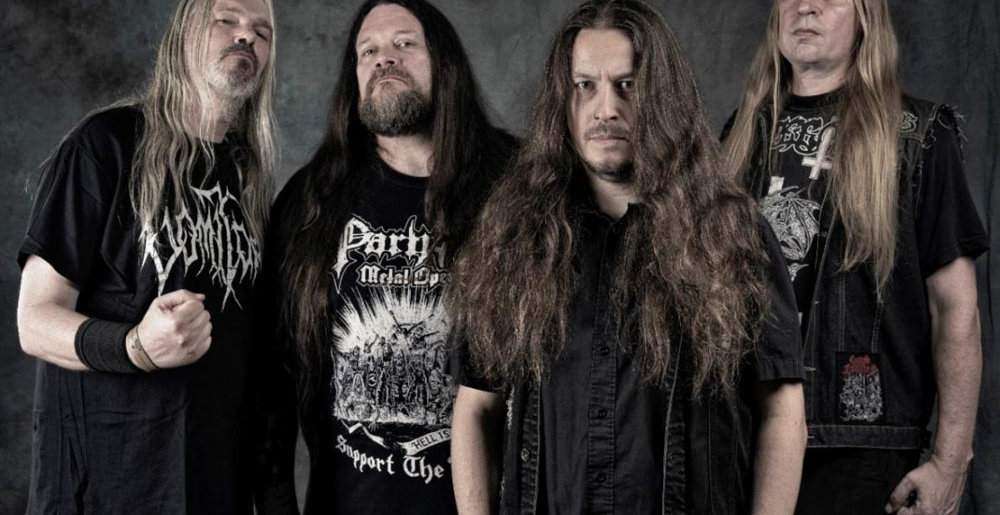 It’s pretty rare that I actually wish a band would release a lyric video… but Asphyx’s “Botox Implosion” is definitely one of those times. I cannot for the life of me figure what the heck Martin van Drunen is screaming, but the song’s title certainly suggests some, uh, interesting imagery. I guess I’ll have to wait to read the rest van Drunen’s surely-poetic plastic surgery horror narrative.

My guess, though, is those lyrics will ultimately be a bit more tongue-in-cheek than the song’s Maurice Swinkels-directed music video suggests; van Drunen gives a mischievous laugh around the 24-second mark that suggests joyous destruction, not furious disembowelment.

Says van Drunen of the song and video:

“We actually wanted to film this on Sunset Boulevard LA, where most of the pathetic subjects of this song have their residence, but due to the pandemic it was best not to fly over to the USA. So since it’s a fast shredding and written in the typical humorous death metal gore tradition track, we put a few laughable elements in it. Fortunately good old Turock in Essen was so friendly to let us film there and where we’re usually not that keen on shooting videos, with this one we had quite some fun. Still, it is a helluva brutal tune!”

Necroceros comes out January 22 on Century Media, and can be pre-ordered here. It was recorded at Tom Meier’s Tom Meier Studio as well as at Paul Baayens’ The Mörserstudio and then finally mixed/mastered by Sebastian “Seeb” Levermann at Greenman Studios. The album cover artwork, also below, is by Axel Hermann.

Here’s your guide to all of this week’s heaviest new releases! Includes Asphysx, Therion, Nervosa, and more!!!

The Dutch death metallers have unveiled another stomper.