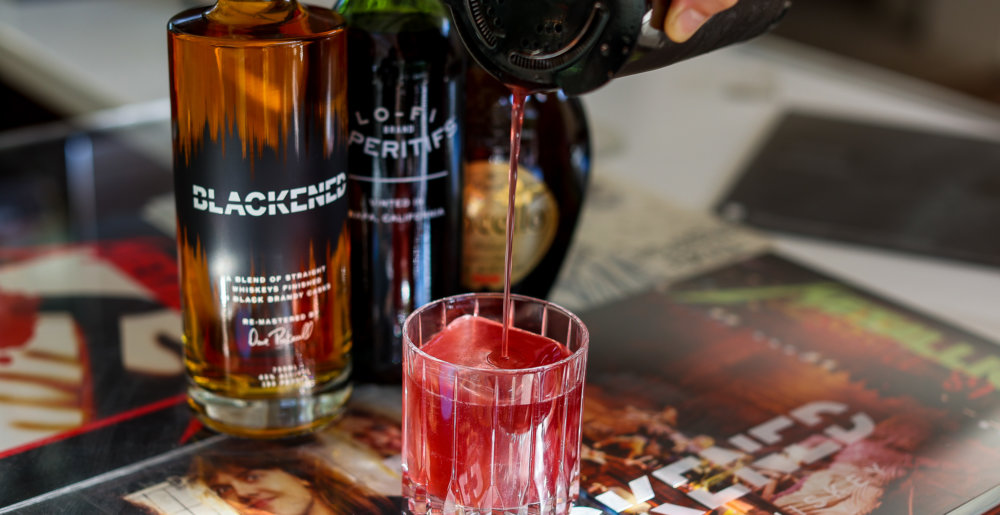 Lucky for you, drinking is recession-proof. To that end, to help out some of our favorite metal venues and bars around the country and bring visibility to this important issue, MetalSucks and Metal Injection have teamed up to launch our Metal Cocktail of the Week series, which will feature one cocktail each week concocted by one of the venue or bar’s resident hesher mixologists. What’s more, we’ve partnered with Metallica’s Blackened Whiskey to present the entire series, which will consist solely of delicious beverages you can make with the most metal whiskey of all.

Following last week’s “Master of Pickles” cocktail from Atlanta metal bastion Elmyr, we continue today with a recipe from Brooklyn hesher destination Saint Vitus. Today’s recipe, dubbed “Garage Daze,” is a light, summery mix that harks back to Metallica’s early years with its tongue-in-cheek title. It was created by Cedric Pierre Obando, bartender at not only Vitus but local eatery Esme, and he also plays in the band Shadowland. Mix one up for yourself like this:

Check back next Monday for our next Metal Cocktail of the Week Powered by Metallica’s Blackened Whiskey.

Sponsored Links from Across the Internet
Show Comments
Related Articles
Metal Cocktail of the Week 0
Metallica Release Whiskey Named ‘Rye The Lightning,’ Which Is Clever Until You Find Out They Played It The Album
April 27th, 2022 at 3:04pm Emperor Rhombus

They literally played the barrels songs from ‘Ride The Lightning.’

New Stuff 0
Stream Work Up the Blood, the Latest Industrial Banger from Confines
December 2nd, 2021 at 7:55am Vince Neilstein

Metal Sucks Greatest Hits
540 -
Worst Year Ever: All of Our 2010 Year-End Sh*t in One Place
0 -
The Top 25 Modern Metal Frontmen: The Entire List in One Place
0 -
Today in Dream Theater Shirts: Metalhead Veterinarian Fired for Bestial*ty
0 -
What If Metal Album Covers Were Truthful?
0 -
Report: “The Number of Heavy Metal Bands in a Given Country is Associated with its Wealth and Affluence”
0 -
Will People Please Shut Up About the “Fake Amps on Stage” Debate?