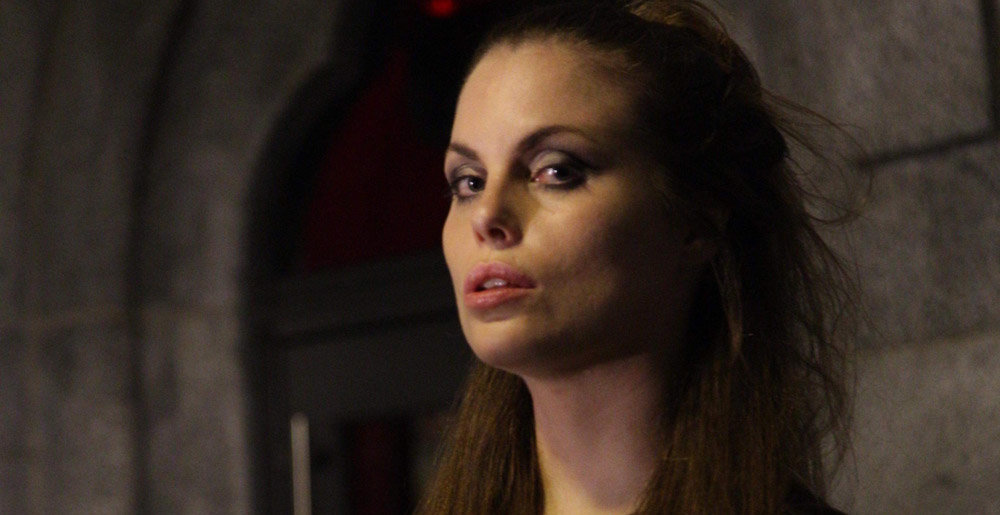 Metal bands and symphonies have been bedfellows for three decades now, the formerly novel combination of new and old together as one having long worn off.

Enter Folterkammer. Forget what you know — or what you think you know — about “symphonic metal” and throw it right off a cliff, out a window or into a garbage receptacle, whichever is easiest.

Folterkammer are the brainchild of vocalist Andromeda Anarchia and Imperial Triumphant mastermind Zachary Ezrin, who have been working for nearly three years on the band’s debut album, Die Lederpredigt. But it’s Darren Hanson, bassist and composer, who succinctly sums up the “black metal and baroque” approach the band takes and what makes it so special. “During the writing process,” he explains, “we approach each song with the intent to make metal better suited to be played in a palace chamber rather than a concert hall.”

Anarchia expands upon what puts Folterkammer in a completely different league than your elders’ “symphonic metal” records:

“Folterkammer is a really great playground, especially as a singer: The acrobatics at the aesthetic borders of opera singing and metal screams / growls is just as much fun as it is challenging and fascinating.

“We believe that with our album, ‘Die Lederpredigt,’ we have opened a new door for the combination of these two musical worlds, far from symphonic metal. The band constellation of Folterkammer enables us to gain access to many new possibilities of musical and vocal expression that can now be discovered – not only by the audience, but also by us musicians. ‘Die Lederpredigt’ is the beginning of a new journey, an initiation, and we hope this will help us spark and connect the interests of those who like classical music or opera as much as they like black metal.”

MetalSucks is thrilled to premiere Die Lederpredigt to the world today, nearly two weeks ahead of its official release. Whether you’re listening closely on a pair of headphones or letting the music play in the background as you work, this one’s a true head-turner that pushes metal in a bold new direction, expanding the sonic possibilities of our chosen genre from start to finish.