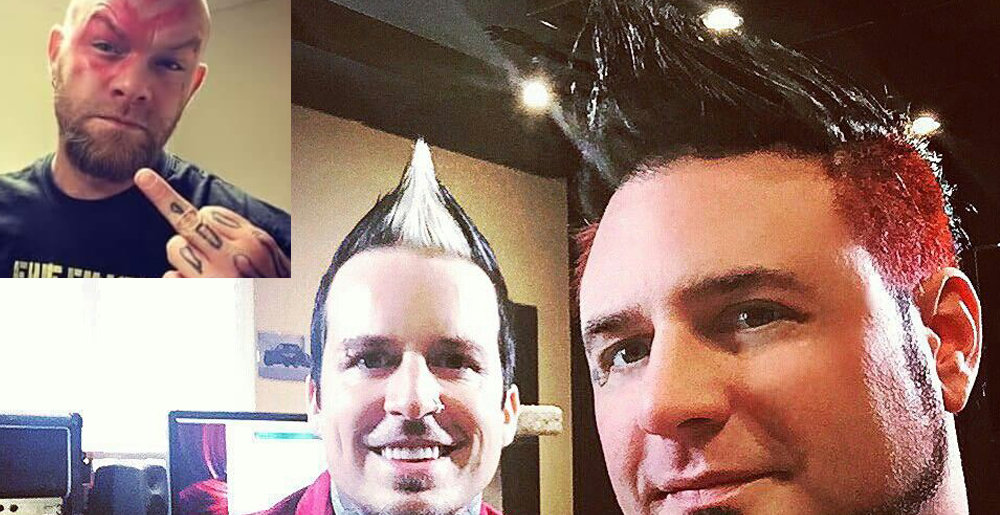 Ivan Moody to Jeremy Spencer and Jason Hook: “I Hope the Two of You Write the Greatest F*cking Album You Can Muster”

In reaction to the news, Moody has shared a video on social media in which he says:

“As I’m driving home, my phone kept blowing up. I was like, ‘Fuck.’ So I pulled over to check it. And I got, like, a hundred different news feeds. And they all read something… I thought it was a joke at first, but it’s very real. And it read: ‘Jason Hook joins forces with Jeremy Spencer.’”

Moody goes on to say that he’s “excited” for Hook and Spencer, who he claims “have waited to do something together for years.” He also insists “I’m not [being] patronizing” before being patronizing:

“Now, I could take this one of two ways. I could take this as a spit in the face, saying that you’re going to do bigger and better. And the quote I heard was — and forgive me if I’m wrong on this — was that someone said the sex appeal has left Five Finger Death Punch. Sound familiar?

“I didn’t know we were out for Calvin Klein ads. But if you’re gonna be out there, then reach for the top, man — Drakkar Noir, Playgirl. Fuck it, right?

“I hope the two of you write the greatest fucking album you can muster. Challenge accepted. I’ll be your huckleberry. Because as of today, I am personally gonna make sure that this new Death Punch album is like nothing you’ve ever fucking heard before.”

I would also question Moody’s level of inner confidence. A new band featuring his former collaborators doesn’t have to be viewed as a threat. Yes of course fans and the media will make comparisons. But there’s a reason bands always get into lawsuits over who owns the brand — the name is what sells. Unless they recruit Billie Eilish as their new singer or something, Psychosexual’s chances of ever becoming more popular than FFDP are slim to none.

You can watch Moody’s video below.