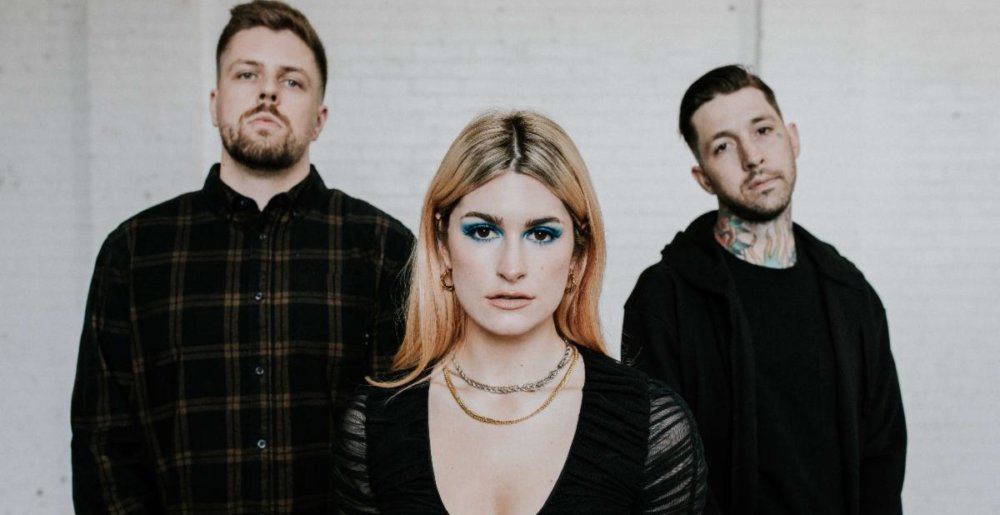 Spiritbox are blowing up, eh? I feel like I’ve been seeing their name everywhere of late — including on a sales chart up there with friggin’ Van Halen right after Eddie died — and I’m just generally feeling the buzz. It’s deserved!

Their newest song “Constance” arrives today with a video video from director Dylan Hryciuk and features a plot centered around the loss of his and frontwoman Courtney LaPlante (ex-IWABO) both losing their grandmothers this year.

Courtney offered the following of the track:

“When ‘Holy Roller’ took off, we knew that we wanted to use the follow up single as a statement to show that we are not just going to put out the same thing over and over. We wrote the music for this song at the same time as ‘Blessed Be’ and ‘Rule Of Nines’, but I hadn’t ever committed to lyrics.

“I came to our director Dylan with a proposition: Let’s create the music video and the lyrical content of the song at the same time. We both felt compelled for the song and story to reflect the sorrow we both feel about our grandmothers passing away recently.

“Due to border shut downs, I was not able to say goodbye to my grandmother Phyllis, to whom the song is in tribute, or attend her funeral. I always promised her that I would sing at her memorial service, because she always requested a ‘pretty song with none of that scary screaming’. I hoped writing this song with no ‘scary screaming’ in it would help me find a sense of closure.

“Dylan wrote his video concept to honour his grandmother, Constance to whom the video is in tribute. Our music videos usually have a horror element to them, and we wanted to explore a different side of horror: the horror of feeling like your mind is betraying you, due to a long battle with dementia. With Dylan’s permission, we named the song ‘Constance’ to immortalize her story.”

Check out “Constance” below. It arrives as a standalone single for now, but the band recently signed with Rise Records so I’m thinking we can expect a full-length next year.