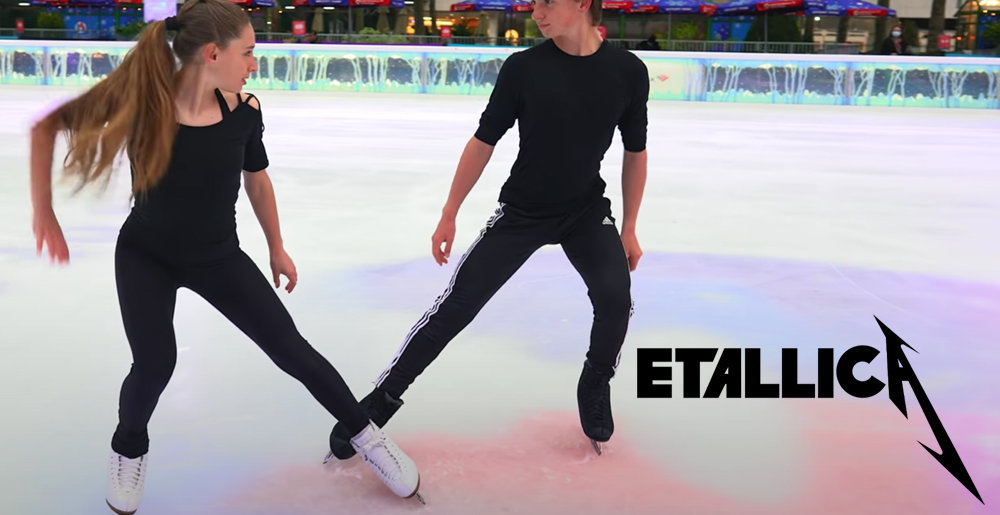 One day Figure Skating as a collective sighed and said, “Well, I guess we can’t get any weirder or creepier than we are right now,” and a couple on Long Island said “Hold our beers.”

Thus, the brother/sister ice dancing team of Oona and Gage Brown, ages 16 and 18, were born.

The duo — two of seven children (!) and “beneficiaries” of home schooling, natch — have now released a video of a routine they’ve set to Metallica’s “Nothing Else Matters.” Man. And you thought people were pissed about Metallica releasing a ballad in ’91.

You can watch the Brown siblings, who shall surely never be in need of therapy, below.

This is the third time since 2017 that we’ve seen the music of a popular metal band used as part of an ice skating routine; a Hungarian skater used AC/DC in 2018, and a year prior, a French duo skated their little hearts out to Disturbed.

Personally, I think someone either needs to set a skating routine to Morbid Angel or we need to discontinue the use of metal in this particular sport. Just my two cents.

Metal Sucks Greatest Hits
0 -
MetalSucks Readers Declare Pantera The Most Unnecessarily Shat Upon Band in Metal!!!
0 -
Peep These Awesome Pop Stars Gone Metal Shirts
540 -
Worst Year Ever: All of Our 2010 Year-End Sh*t in One Place
0 -
The Black Dahlia Murder’s Trevor Strnad Rants Against Music Pirates
0 -
The Red Chord’s Guy Kozowyk is a Police Officer Now
0 -
This Very Fat Cat is The Best at Metal Drums