Metal Sucks
Metal Sucks Skillet Frontman Blasts Twitter for Banning Trump, Is the... Speakers vs. Headphones: Which is Better? (and Why Do...
- Tweet SHARE
Enlarge
...And F*ck You Too 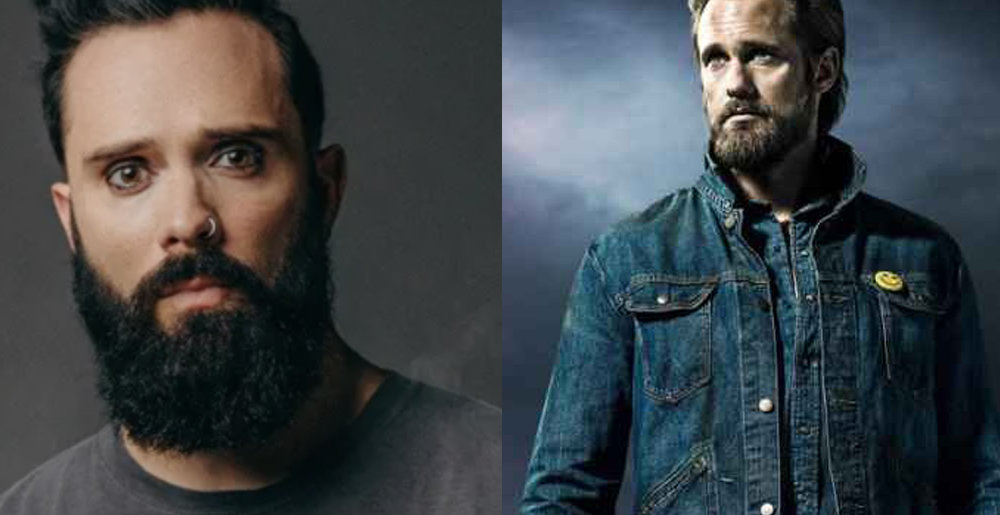 I know we’ve talked about this ad nauseum on MetalSucks, but I think it’s important we all* actually take a few seconds out of our day to read the First Amendment:

“Congress shall make no law respecting an establishment of religion, or prohibiting the free exercise thereof; or abridging the freedom of speech, or of the press; or the right of the people peaceably to assemble, and to petition the Government for a redress of grievances.”

In other words, the First Amendment is meant to protect people from censorship by the government. That’s it. It doesn’t mean other people can’t be offended by what you say. It doesn’t mean other people can’t tell you you can’t say anything you want anytime you want anywhere you want. If you go into a place of business and start screaming something insane and that business escorts you to the exit, you have no legal recourse. Sorry bruh.

Why am I rambling about all this? Because John Cooper, singer and bassist for the Christian band Skillet and apparent inspiration for Alexander Skarsgård’s performance as ‘Randall Flagg’ on The Stand, is the latest dumb-dumb to put Twitter on blast for shutting down Donald Trump’s account (a mere five years too late!), calling it “censorship” (it’s not) and claiming it’s a violation of the freedom of speech (it isn’t).

And I guess I shouldn’t expect anything more from a dude who named his band after a cooking utensil, but still… this kinda thing is really irksome (to put it mildly).

On a recent episode of his podcast, Hangin’ with Mr. Cooper, the singer/bassist advocated for “revolution” before saying the below stupendously stupid shit (accompanied by my own thoughts, natch):

Congrats on successfully identifying all the ways someone could possibly react to Trump’s tweets. Not a waste of breath at all.

“…whatever you are, censoring the president from Twitter, no matter what they’re saying…”

If the next part of this sentence was “is perfectly within Twitter’s legal right,” that would be swell. Of course, that is not the next part of this sentence. I also take immediate issue with the “no matter what they’re saying” bit. It makes me wonder where Cooper would draw the line. If Trump went on Twitter and incited violence against Christians, would he still be cool with that?

Yeah, people, not THE PRESIDENT OF THE UNITED STATES, you fucking cretin. The title, in theory, gives Trump a certain amount of cred — which is to say, people take him seriously. He’s not just some guy ranting on social media. Cooper either understands this and is being disingenuous here, or he’s an imbecile. Neither possibility makes him look great.

“Look, I get it. But that is not gonna lead to somewhere good, and I think it’s got a lot of people really freaked out.”

He’s right. Letting a mentally-ill sociopath with a ton of power continue to lie to people and say the election was fixed will lead somewhere much more positive than letting that guy continue to congregate angry mobs which he then directs like a hit squad.

It means Donald Trump will have to find another platform from which to scream his bullshit. That’s about it.

“If Twitter has the power to censor the president, what does that mean?”

It means Twitter has the power to censor the president. I’m not sure what he’s confused about here.

“I think that’s what people are freaking out about.”

“I don’t think that’s what people are freaked out [about]. I think people are, like, ‘Wait a minute. If they can do it to him, what does that mean for everybody else?’”

Literally nothing has changed since Trump’s account was suspended. A month ago, you couldn’t say certain things on Twitter; you still can’t. A month ago, that was legal; it still is. You might as well lose your shit because you just noticed they sell fruit at the grocery store. “Wait a minute. If they can sell fruit here, what does that mean for everywhere else?”

They’re losing their jobs if they do something stupid and bigoted… and, again, it is within the right of their employer to fire them for doing so. If supporting Trump has become a proverbial line in the sand, that’s because Donald Trump is an aspiring autocrat who uses racism as a tool to amass power for himself. He’s not making legitimate political assertions; most of his opinions aren’t even based in reality. There is, in other words, no basis upon which to form an actual debate. I’m all for compromise and finding a middle ground, but what is the middle ground with someone who keeps shouting “UP IS DOWN AND WATER IS DRY!”? Especially when they’re arguing for violence against their political enemies?

Well, the violence is a product of white supremacy. That’s why they’re saying that. You can tell from all the goddamn white supremacist groups involved in the Capitol mob.

I do think conservatives should feel “responsible for the violence” if they haven’t denounced Trump prior to this time. We’ve all known his presidency would end this way for a long time; it’s never been a secret that he’s a selfish lunatic. Fox News culture absolutely aided in bringing us to this point, and I think asking them to feel a little guilty isn’t so out of line.

“Freedom of speech is gonna be gone.”

Cooper is referring to an editorial in which CNN’s Oliver Darcy said “It’s hard, for instance, to imagine [cable providers would] carry a fringe and conspiratorial network like InfoWars,” and wondered why, despite this, they carry Fox News. Fox News’ Tucker Carlson, an inveterate liar, subsequently claimed the company has been making telephone calls to said cable providers. His assertion remains unconfirmed.

Again, Fox News, which is a network devoted to spreading propaganda, helped get us to the shitty place in which we now find ourselves. You wanna talk about misunderstanding the issue at hand — people aren’t pissed that Fox is conservative, they’re pissed that Fox is fascist. There’s a difference. Only one of those positions involves the use of hatred and lies as a matter of course.

(Quick side note: Cooper uses the term “cultural elite” as though his band hasn’t sold millions of records and won multiple Grammys. This is typical right-wing posturing bullshit.)

“I don’t know what this is gonna mean.”

Again, it’s not gonna mean anything. From a legal standpoint, absolutely nothing new has occurred. In fact, as long as Fox News keeps making money, I’m willing to bet it will continue to exist, no matter who calls and demands it be taken off the air. Some things in America are in no danger of changing anytime soon.

Don’t be mistaken about this: John Cooper gives zero fucks about freedom of speech. He may not follow Trump on Twitter, but his statement makes it clear which side of history he’s on. Oh well. At least his music blows.

*And by “some of us,” I mean “all you morons who still befuddled by the meaning of the freedom of speech as defined by the United States Constitution.”

Metal Sucks Greatest Hits
400 -
Danzig is Just Cleaning Up His Motherf*cking Bricks, Bitch
0 -
Video: Killswitch Engage’s Adam Dutkiewicz Wins Everything on The Price is Right
750 -
Anthrax vs. Axl vs. Anso: The Worship Music Double Review
0 -
Why are metal fans hopelessly stuck in the past??? :(
0 -
Listen to Metallica’s “Nothing Else Matters” in a Major Scale
3520 -
RIGHT NOW: MetalSucks & Metal Injection Live Snark The Big Four!!!