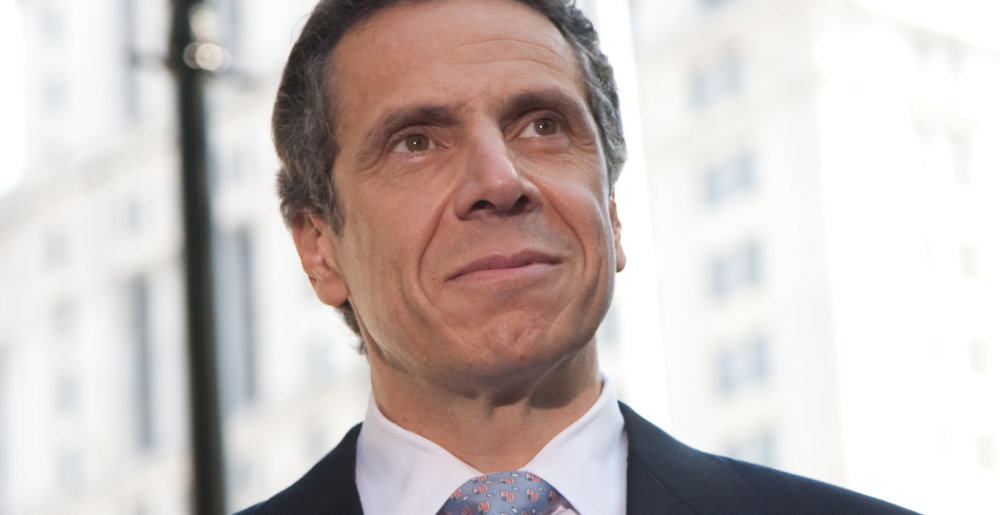 Just this past weekend, Dr. Anthony S. Fauci, the top infectious disease expert in the United States, said that he believes theaters and performance venues will open “some time in the fall of 2021,” adding that the timeline depends on successfully vaccinating roughly 70% of the population. Now, in a press conference earlier today, New York State Governor Andrew Cuomo says he envisions live events coming back much sooner with the help of rapid testing.

Cuomo, who rose to national prominence when the pandemic began last spring as a steady voice of reason in contrast to Donald Trump, discussed the future of the arts industry this afternoon on the second day of his week-long State of the State address.

Large-scale rapid testing will be crucial to those efforts, and for now Cuomo seems focused on outdoor events. The governor cited this past weekend’s Buffalo Bills playoff game — which allowed a limited audience of 6,700 spectators into the stadium (regular capacity is nearly 72,000) — as an example that rapid-testing can be utilized to safely allow crowds to congregate at events.

Other details of Cuomo’s plan are scarce, such as which kind of rapid test would be employed. Rapid antigen tests offer fast results but return a higher rate of false negatives — up to 50% (!) — while rapid-PCR tests are over 95% accurate but take longer.

Cuomo’s plan involves a partnership with the real estate industry to open hundreds of rapid testing sites where those attending events can receive a rapid test hours before attending a game or concert (or eating out at a restaurant, attending a business conference, etc. — their use would not be limited to live events).

“Almost no one has been hurt more by COVID than our artists,” Cuomo said. “We cannot wait until summer to turn the lights back on.”

Gothamist reports that the state already has some outdoor events planned for as soon as February that could utilize this model:

“The state’s New York Arts Revival will be a public/private partnership with a mission of bringing the arts back through pop-up performances and events, set to begin in early February and featuring the likes of Wynton Marsalis, Amy Schumer and Chris Rock. Outdoor sites in the city and across the state, including in state parks and properties like the Park Avenue Armory, St. Ann’s Warehouse, and the Queens Theater will be a part of the effort, which will culminate with two landmark events: opening of Little Island at Pier 55, and 20th anniversary of Tribeca Film Festival in June.”

Additionally, the state will begin piloting events in large indoor spaces, which he hopes can be used as a model for the rest of the nation.

In Dr. Fauci’s address on Saturday, he referenced a German study released this past fall which concluded that the risk of getting infected at live concerts “is very low” as long as certain precautions are taken, among them major improvements to venue air ventilation systems. The study was conducted at a staged concert inside a 2,400-person venue filled to half capacity. All attendees were given respiratory face masks, fluorescent hand gel to trace how they interacted with the environment, and transmitters to trace their movements for evaluation later. Scheduled bathroom breaks and simulated food and drink transactions were built into the study.

Look: we’re still far away from a full reopening of concerts in small, indoor venues the way we’re used to experiencing them. But it’s a start.