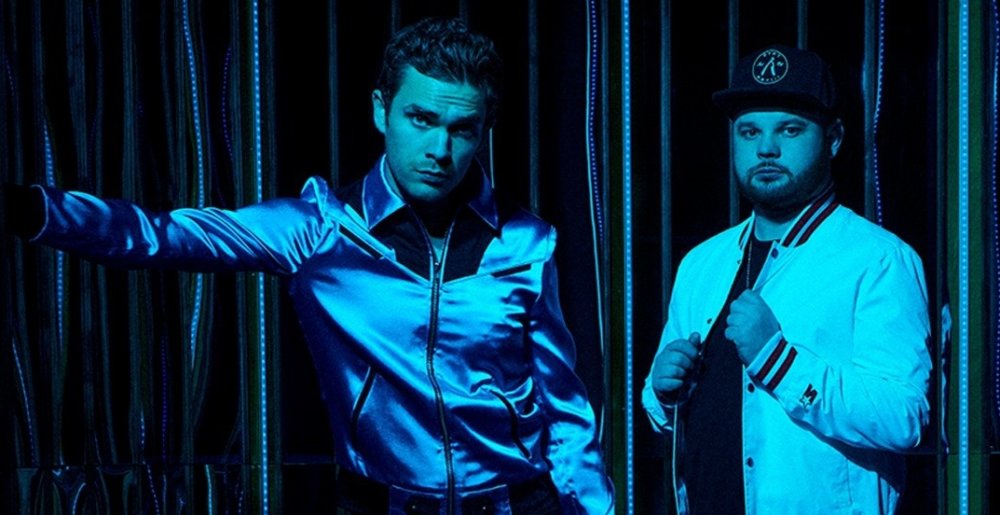 I’m not too up on the modern hard rock scene these days, but Royal Blood are one band to rise up in the past few years who’ve definitely got my attention. The bands make a ton of noise for a two-piece, mixing fuzzed out guitars with glitchy, groovy drums for a hard-hitting sound that is anything but your staple Breaking Benjamins and Shinedowns of hard rock radio, almost like a more danceable version of the White Stripes. I saw the band live in 2019 and they positively killed it!

Royal Blood are readying their third album, Typhoons, for release in April, and they’ve just dropped its first single, the title track. The band explains their excitement:

“Here she is. Can’t believe we finally get to share this with you. We’re both so incredibly proud to announce that our third album ‘Typhoons‘ will be released April 30th and is now available to pre-order!

“‘Typhoons’ is what it sounds like to be truly lost in your own thoughts to a hellish extent but also about how dark spells, much like storms are not permanent. This song was one those special moments where the process didn’t resemble writing whatsoever. More like being tethered to the earth, receiving holy lightning. Look after each other and crank this until you see smoke.”

Check out “Typhoons” below. Typhoons comes out April 30; pre-order here.

Sponsored Links from Across the Internet
Show Comments
Related Articles
The Webernets 0
Royal Blood Drummer Says “Rock is Dead” Rhetoric is “A Silly Thing to Focus On”
May 17th, 2021 at 4:12pm MetalSucks

“I think no one’s worried about jazz dying or reggae dying.”

We discuss the band's new album, 'Typhoons,' whether "rock is dead" as some older musicians claim, and frontman Mike Kerr getting sober.

The rock duo have a new album, Typhoons, set for release later this month.

Metal Sucks Greatest Hits
0 -
Exclusive Interview: Damien Echols of The West Memphis Three on His Life After Death
0 -
Listen to Metallica’s “Nothing Else Matters” in a Major Scale
0 -
Just in Time for Passover: Big Four Yarmulkes?!?!
0 -
I Am The Working Class: The MetalSucks Interview with Fenriz
0 -
I, For One, Welcome Our New Robot Overlords
1510 -
The Top 15 Reasons that Metallica are the Yankees of Metal