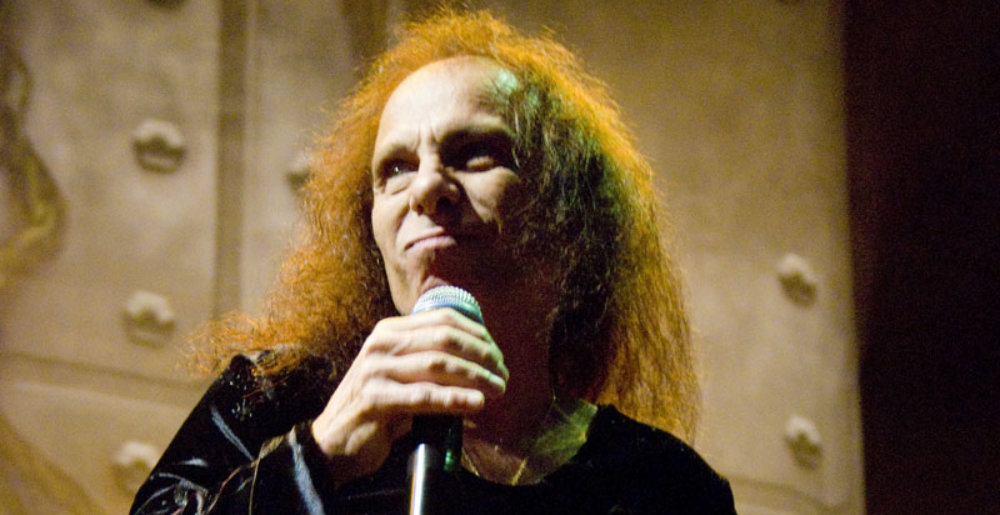 A previously unreleased recording of Black Sabbath rehearsing the Dio-era track “Heaven and Hell” has surfaced.

The recording comes from the estate of live band member and frequent collaborator Geoff Nicholls, who plays bass here but contributed keyboards and additional guitars to the band’s live show, while standing off stage, for a number of years. Nicholls is also credited with keyboards on 10 Black Sabbath albums, and was tapped for bass on this recording while Geezer Butler was away from the band dealing with a divorce.

Nicholl’s estate posted the following statement along with the recording:

“Geoff Nicholls passed away 4 years ago, 28th January 2017. This upload is a tribute to him.

“I recently found this SONY C-90 tape cassette amongst the thousands in Geoff Nicholls’ archive. On the inlay card is written ‘ ON & ON HEAVEN & HELL ORIGINAL VERSION GEOFF PLAYING BASS.’

“Inside the cassette case was a Maxell UD 90.

“Nowhere does it say that this is Black Sabbath on the cassette.

“On And On Heaven And Hell may have been the original working title.

Have a listen to this rare piece of metal history below.

Metal Sucks Greatest Hits
0 -
Watch: Bruce Dickinson Rips On Fan for Smoking Weed at Iron Maiden Show
0 -
15 Ways Your Unsigned Band is Doing It Wrong
0 -
The Secret 2 a Successful Career in Music
0 -
Photos of Metal Musicians When They Were Kids
0 -
That Time Shaun Got Drunk and Filmed a Music Video with His Cat
30 -
Exclusive: Burzum Launches Clothing Line