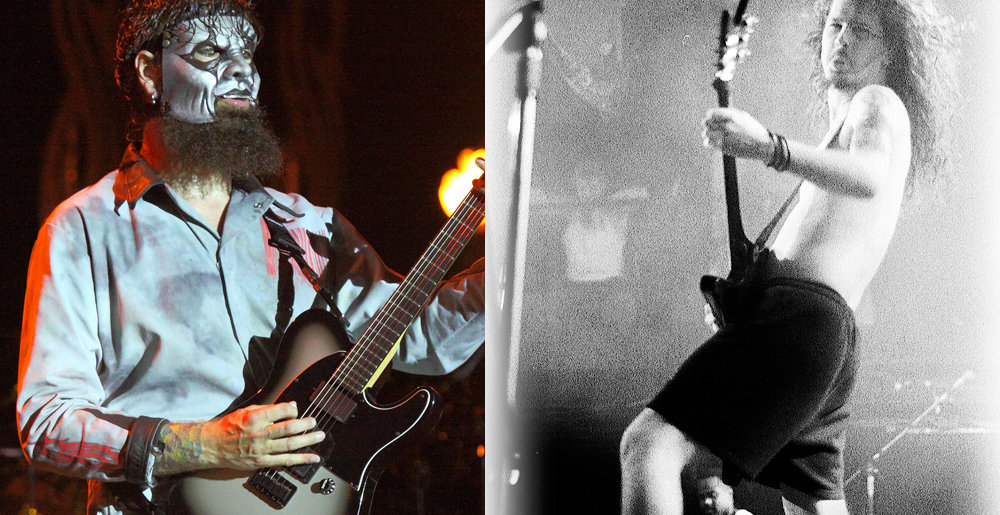 In a touching new post on Instagram, Slipknot guitarist Jim Root has revealed that he has a wah-wah pedal he hasn’t removed from its packaging despite owning it for more than fifteen years — because it was gift from late Pantera/Damageplan guitarist Dimebag Darrell.

“Okay. Another break from guitars.

“I have tons of pedals. They all do something useful and creative and all that… and I may post some.

“But this is the most important pedal I have.

“We were on tour and played Dallas. Dime and Vinnie were there. The whole crew… and they had a crew. Tight bunch of dudes. Dime gave me this @jimdunlopusa cry baby from hell and he had written a note to me on it. To ME? From one of if not the most influential guitarists of all time. His flow and style were and are undeniable. One of those dudes that inspired you to be better. Not just at guitar playing. But being cool… being happy… being present. I was and still am blown away by it. (And [Daryl “Bobby Tongs” Arnberger, longtime videographer for both Pantera and Damageplan] chimed in on the note as well!)

“I didn’t know Dime well. I’d only met him a handful of times. But that he would think to gift me something like this… The note more so than the wah. I mean what can I say. A rare and missed human. He’d probably want me to bust that thing out and beat the shit out of it. I can’t bring myself to.

So here’s a little something personal from me to you. Thanks man. I wish I could return the favor. #getchapull#settingstandardsforyears“

Metal Sucks Greatest Hits
1510 -
The Top 15 Reasons that Metallica are the Yankees of Metal
0 -
The Top 25 Modern Metal Frontmen: The Entire List in One Place
0 -
Exclusive Interview: Damien Echols of The West Memphis Three on His Life After Death
0 -
G.O.A.T. and Your M.O.M.’s “Quack like a Duck” Justifies Humanity’s Entire Existence
820 -
Rigged: Dream Theater’s Mike Mangini Takes You Through Every Piece of His Mega-Drumkit [Part 1]
0 -
Op-Ed: Metal Vocalists Have Become Irrelevant