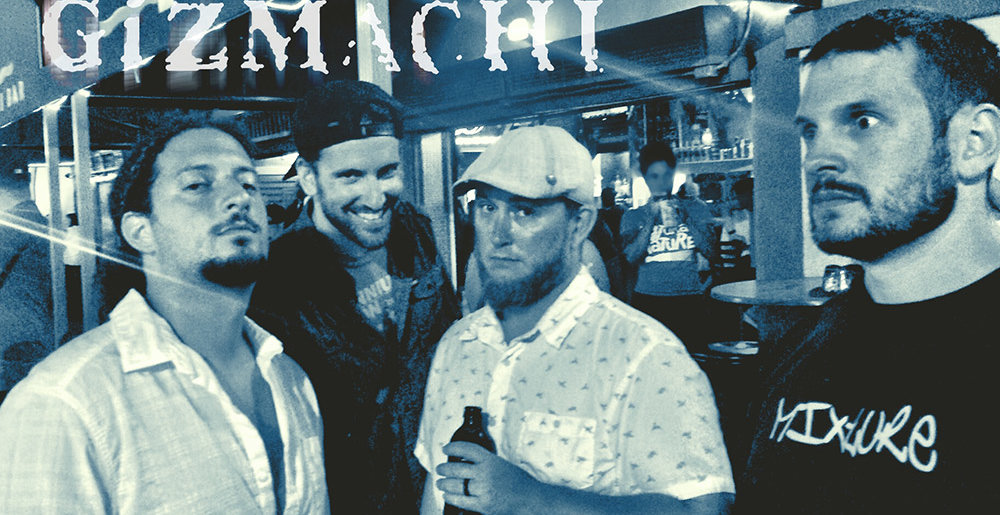 A whopping 16 years since their last album, Gizmachi are set to return with a brand record, Omega Kaleid, due on March 12.

Founded in the mid ‘90s, the Orange County, NY, band quickly gained popularity among the local hardcore/metal scene. Gizmachi caught the ears of Slipknot percussionist Shawn “Clown” Crahan, who signed them to his label, Big Orange Clown (a subsidiary of Sanctuary Records) for the release of their debut, The Imbuing, in 2005. After supporting the album with high profile tours that included Ozzfest and a stop at the noted Rock Am Ring Festival, the band went on an extended hiatus.

Don’t say the pandemic hasn’t brought at least some good things our way: this year Gizmachi will return with Omega Kaleid, an album that showcases the group’s signature sound, a mixture of brutally melodic vocals, off-beat time signatures and epic guitar solos.

Today MetalSucks is pleased to premiere the video for the album’s first single, “Look What I’ve Become,” featuring vocals by Soilwork and The Night Flight Orechestra singer Björn “Speed” Strid. It’s a ripper of a tune, and one that fans of the kind of fast-paced melodic death metal the singer is known for (and any fans of the band’s older material) will be sure to dig.

You can watch the video for “Look What I’ve Become” below.

Sponsored Links from Across the Internet
Show Comments
Related Articles
Editorials 0
Soilwork’s Björn “Speed” Strid on Balancing the Darkness and the Light
August 29th, 2022 at 9:34am Mandy Scythe

How COVID shaped the latest record and what it was like to finally take a break.

Good to know these guys are doing cool new stuff.

Metal Sucks Greatest Hits
0 -
A Detailed Analysis of Slipknot’s New Masks
0 -
The Red Chord’s Guy Kozowyk is a Police Officer Now
8850 -
The 101 Rules of Nu-Metal
0 -
That Time Shaun Got Drunk and Filmed a Music Video with His Cat
0 -
Meshuggah’s Jens Kidman is Now a Meme
1,3240 -
Wes Borland: Still Cool In Jakarta