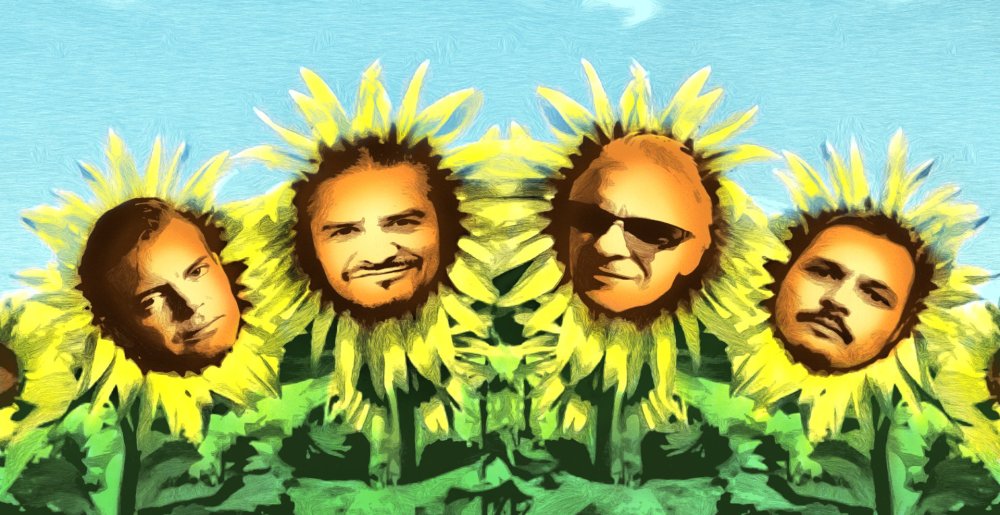 “Dog eat dog” is one of those expressions that at least 50% of the population doesn’t seem to actually understand — the frequency with which I hear people say “doggie dog” is simply astounding.

Will the fact that the supergroup Tomahawk — featuring members of Faith No More, Mr. Bungle, the Jesus Lizard, and Helmet — now have a song called “Dog Eat Dog” help eradicate this painfully common era?

Probably not: frontman Mike Patton opted to use the phrase repeatedly… except he always begins with the word “eat” instead of the word “dog.” So he keeps going “Eat, dog, eat,” and it sometimes sounds a whole lot like he’s saying “Eat doggie.”

I don’t really have a point. It just makes me giggle.

Not-incidentally, the song is also stoopid-catchy. You will almost certainly be screaming out “Eat, dog, eat” (or, er, “Eat doggie”) at random intervals for a few hours after listening to it. You’ve been warned.

(I also feel obligated to point out that this is the second song singer Mike Patton has written with “dog” in the title, after “When Good Dogs Do Bad Things,” which he recorded with The Dillinger Escape Plan.)

Listen to “Dog Eat Dog” below. It’s the second single, after “Business Casual,” from Tomahawk’s forthcoming album, Tonic Immobility. The band’s first release in eight years comes out March 26 via singer Mike Patton’s Ipecac Recordings. It can be pre-ordered here.

Metal Sucks Greatest Hits
0 -
Why I’ve Stopped Buying Vinyl
0 -
Video Footage of Emmure’s Frankie Palmeri Getting Electrocuted On Stage in Russia
0 -
Listen to Metallica’s “Nothing Else Matters” in a Major Scale
0 -
King Crimson’s Robert Fripp & Toyah Willcox Cover “Teenage Kicks”
2060 -
How Metal Nerds Choose What Bands To Like: A Scientific Model
820 -
Rigged: Dream Theater’s Mike Mangini Takes You Through Every Piece of His Mega-Drumkit [Part 1]