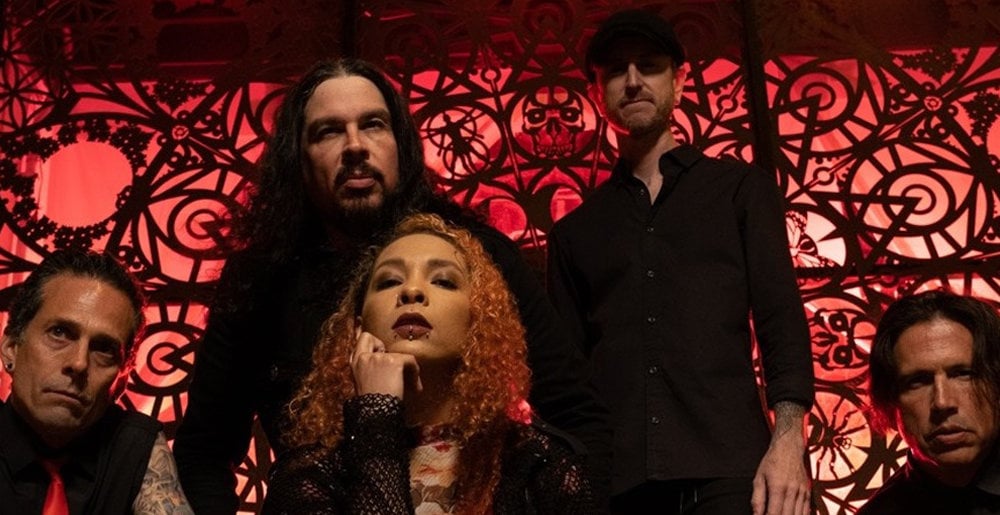 For anyone who thinks album art is completely irrelevant in 2021: I was drawn to Dress the Dead’s new single, “Circus Fleas,” by its promo image. Alfred E. Neuman is my spirit animal, after all.

Only after I started listening to the song did I realize it has a ridiculous pedigree: Dress the Dead includes guitarist Craig Locicero (Forbidden), drummer Mark Hernandez (Forbidden, Vio-lence), bassist James Walker (the way-underrated Manmade God), and guitarist Michael Rowan (Insolence)… and it was produced by Machine Head’s Robb Flynn and mixed by Zach Ohren (Machine Head, Suffocation, All Shall Perish, etc.).

The band was also at one point supposed to be fronted by Peter Dolving (ex-The Haunted), which would have been great… but their current vocalist, Kayla Dixon (Witch Mountain), is amazing in her own right (not for nothing did MetalSucks once call her “pure dynamite”).

As you’d probably guess from a group of folks this talented, the results are crazy good. Dress the Dead hit a sweet spot somewhere in-between trad metal and thrash, and I was so taken with “Circus Fleas” that I then went back and listened to the two other singles they released this year, “1969” and “Knives Out,” as well as their 2019 song, “You Only Get off When I Cry,” and they’re all good.

And the band has another five tracks set to be released this year: when a fan on social media asked if they were planning to release a whole album at any point, they responded…

“[There will be] a new song every month until 8 tracks are released and then that will be set as a record…. after that more song are coming!”

So that’s some excellent motivation to stay alive until at least August!