Metal Sucks
Metal Sucks Here’s A Funny Story About Pop Star Kesha, Who Wore a... For $200, You Can Be an Executive Producer on Jamey...
- Tweet SHARE
Enlarge
Metal in the Media 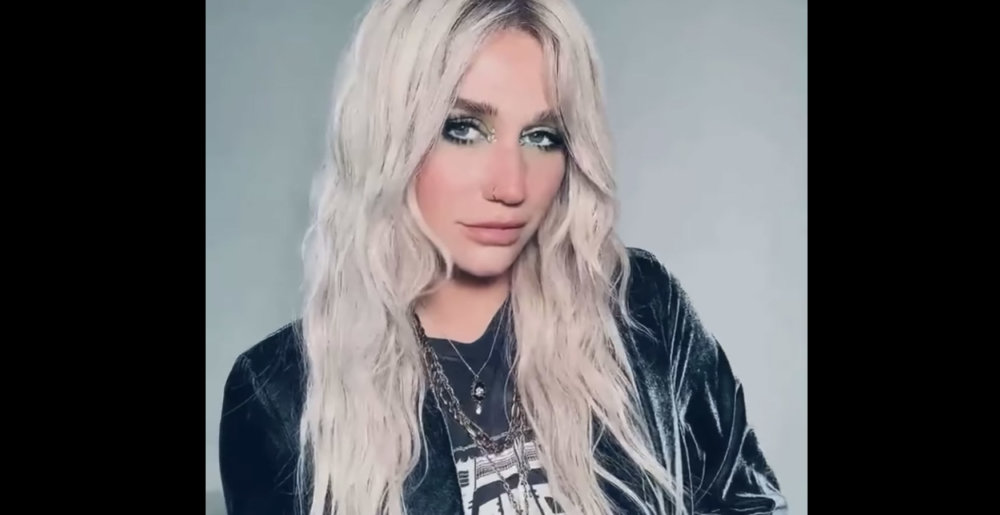 When MetalSucks was still in its infancy, I held a job at Atlantic Records working in the newly minted Digital Media department. In those years the music industry was in complete free-fall from the decline of CDs and the rise of downloading, MySpace was all the rage, and Spotify/streaming had yet to arrive. I have tons of stories from my brief one-and-a-half-year tenure there, many of which I’ve told in this space before. Today you get one about Kesha.

Kesha — at the time still stylized Ke$ha — was a budding young star yet to sign with a label but being aggressively courted by all of them. Her visit to Atlantic consisted of a tour of our three-story midtown skyscraper office space — quite impressive on its own, really — and meetings with various bigwigs in which they’d promise her that yes, really, we assure you, Atlantic is a wonderful label full of good people who love music (not a false assertion, even if I’m making fun of it here) and you should definitely sign here, not with those other corporate bad guys!

The final stop consisted of a meeting in the label’s conference room, a windowless, white-paneled space with gigantic, wall-mounted speakers that sounded horrible (but, most importantly, looked cool to visitors!). Kesha and her manager gathered around a V-shaped conference table straight out of Star Trek with the label’s top brass in attendance… and, for some reason, me.

I was a middle manager, a lower-level one at that, in charge of orchestrating the workflow of the designers and developers who built websites for artists and, at the time, skinned a ton of MySpace pages to look decked the fuck out, as was de rigueur at the time. It wasn’t completely implausible that I’d be invited to this meeting — I had a few contributions to add in the way of, uh, blinged out MySpace pages (“yes! we can make that for you! it will be grand!”) — but those felt unimportant next to the longtime label vets, department heads and A&R gurus who were present in the room, you know? It was, like, the head of the entire digital department, the head of the entire marketing department (of which digital was then a sub-division), Craig Kallman and Julie Fucking Greenwald. And me. What’s more, in case you haven’t guessed, I’m a metal dude and had not the foggiest idea who Kesha was or the scene she came from (MySpace? I still don’t know).

I have since come to the conclusion that I was invited to this meeting solely because I had a massive beard and the label thought it gave them cred in the eyes of a would-be suitor. “Look! We have real, dedicated music fans who work here!” It was a good sell, truly, and it happened again later on with Circa Survive, which at least made some sense given my background.

Kesha, who was 21 years old at the time, sat there patiently and listened, twirling her hair in one finger while she chewed gum like a bored student in trigonometry class. One by one, we all summed up our roles in the company and answered questions, mostly posed by her manager. The proverbial mic soon landed on my lap. “Uh, I make MySpace pages. But I don’t actually make them. I just tell people to make them,” I bumbled. “And then I show you. And then you tell me what you like and don’t like, and I go back and tell those people to change it until it’s perfect.” I’m paraphrasing here for effect, but that’s an accurate summation of what my job was. “Your MySpace page will be super-duper blinged out and gorgeous, we can do it!!” I stated while my eyes bled from the shiny fake diamonds on her giant “$” necklace. Implied but not stated: “I have no fucking idea who you are or why I’m in this meeting, but check it out, I have a cool beard, Atlantic is the place for you!”

Later that year, I shaved my beard.

The year after that, I quit Atlantic and pursued MetalSucks full time.

Several years after THAT, I’d become the object of hate from all corners of the metal internet.

It’s been quite a ride!

Anyway, Kesha turned 34 yesterday and posted a brief video of herself wearing a Voivod t-shirt. My worlds have collided, once again! Enjoy it below if you’re into that.

Don’t let the bastards get you down, let this song get you up.