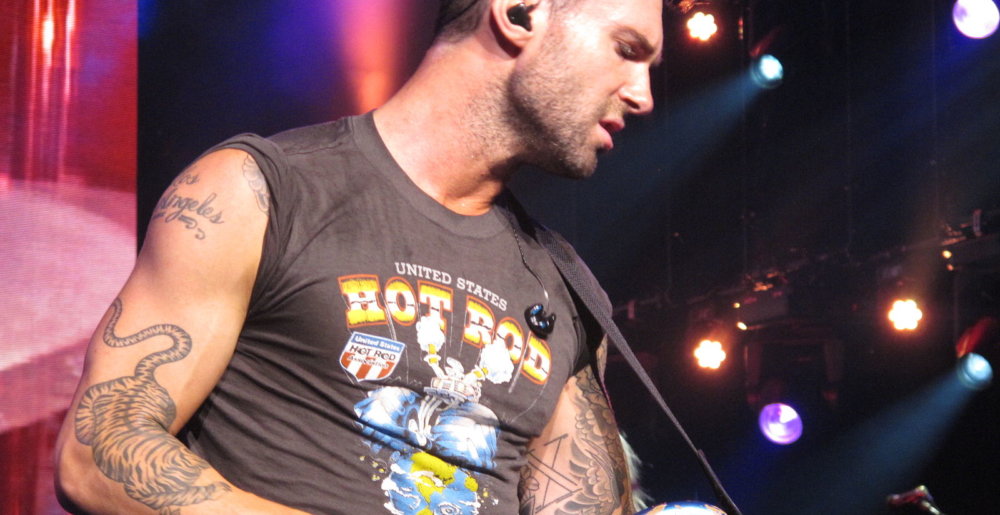 Back in 2018, Adam Levine — Maroon 5 frontman, pop solo artist, The Voice co-host, and founder of Maroons 1 through 4 — shared his thoughts about the current state of music that sent rock and metal fans into a tizzy. And now he’s done it again.

Speaking with Variety a little over two years ago, he said:

“Something unique to this band is that we have always looked to hip-hop, R&B, all rhythmic forms of music, from back when we were writing our first album to now. Rock music is nowhere, really. I don’t know where it is. If it’s around, no one’s invited me to the party. All of the innovation and the incredible things happening in music are in hip-hop. It’s better than everything else. Hip-hop is weird and avant-garde and flawed and real, and that’s why people love it.”

Levine was right, of course; even if there is plenty of innovation happening in metal, for example, it’s taking place at a very small scale and not infiltrating the mainstream. But any time a rock musician says “rock is dead” in the press, the knee-jerk reactions come out in droves.

One of those knee-jerk reactions came from Slipknot frontman Corey Taylor, who said:

“Just because you claim to have ‘Moves Like Jagger’ doesn’t mean you come anywhere CLOSE to ROCKING like Jagger. Tell that schmuck to go back to The fucking ‘Voice’”

Fast-forward to earlier this week, and Levine dug in on the whole “rock is dead” thing with Apple Music’s Zane Lowe, saying:

“It’s funny, when the first Maroon 5 album came out there were still other bands. I feel like there aren’t any bands anymore, you know? That’s the thing that makes me kind of sad, is that there were just bands.

“There’s no bands anymore, and I feel like they’re a dying breed. And so I kind of, in a weird way, as far as … I mean, there still are plenty of bands, and maybe they’re not in the limelight quite as much, or in the pop limelight, but I wish there could be more of those around.”

Again: he’s right. Obviously it’s not literally the case that “there’s no bands anymore,” but the point he’s making is that new rock bands aren’t making waves at the moment, and that is 100% correct.

More importantly: what does Corey Taylor think? Unfortunately he’s currently on hiatus from social media, so we may never know.

The messages surfaced following accusations of an affair.

Metal Sucks Greatest Hits
3550 -
The Real #1: Mastodon – Leviathan
880 -
The Looks That Kill: God Forbid’s Doc Coyle on the Role of Image in Music
0 -
Gear Geek: Periphery’s Misha Mansoor Answers Your Latest Questions About Guitar Gear
0 -
Twelve Reasons Babymetal are the Single Best Thing to Happen to Metal in the Past Decade
0 -
Photos of Metal Musicians When They Were Kids
750 -
Anthrax vs. Axl vs. Anso: The Worship Music Double Review