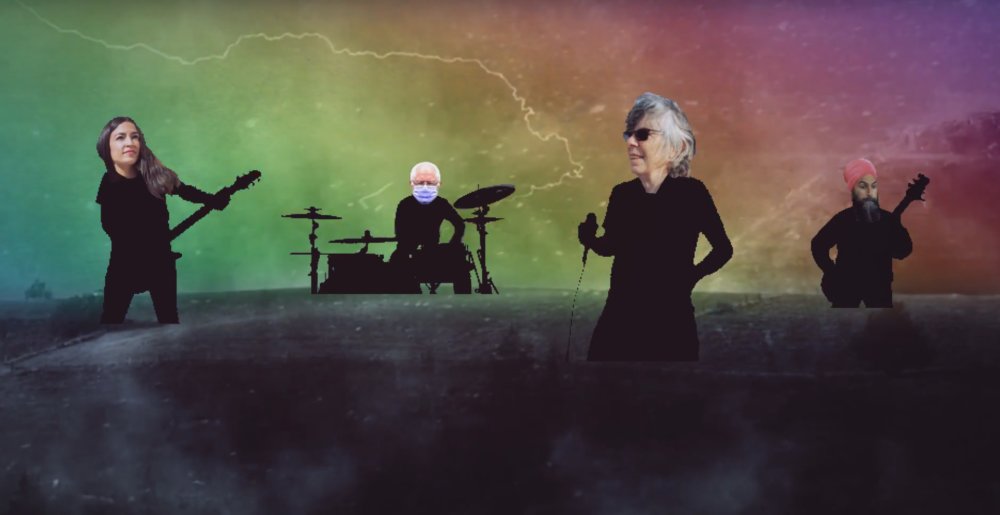 Watch: 72-Year-Old ‘Grindmother’ Covers System of a Down

It’s been a while since we checked in with Grindmother, the grindcore band fronted by 72-year-old namesake vocalist Grindmother. The spry then-67-year-old made her vocal debut with Corrupt Leaders in 2015 before stepping out on her own as Grindmother later that year, eventually landing some killer tour slots with the likes of ACxDC, Cloud Rat, Seeker, Cognitive and Wvrm.

And now she’s back! After a lengthy hiatus, Grindmother has returned with a new entry, a cover of System of a Down’s 2001 song “Forest.” A video for the song, which features a guest backing band comprised of Alexandria Ocasio-Cortez, Bernie Sanders and Jagmeet Singh (a Member of Parliament in Canada), has been unleashed upon the masses in a show of cross-border solidarity.

“My Mom and I recorded this song back in 2018, but I never finished the music until now. A few months ago I decided to try writing completely different drum beats for the song and at that point it really started to take on a life of it’s own.”

Have a watch below! We’re glad to hear that Grindmother is not only still in good health, but devoted to her late-in-life career as a metal frontwoman.

Tags: grindmother, system of a down

Metal Sucks Greatest Hits
1350 -
Oceano Prove That Deathcore Has Depths
0 -
Avril Lavigne Must Be Stopped
1860 -
The Top 25 Modern Metal Guitarists: The Entire List in One Place
0 -
Video: Vocalist Performs Ten Styles of Metal, Complete with Appropriately Silly Lyrics
0 -
The formula 4 good music: Generic, but with a gimmick (*please read*)
0 -
For $16,000, Ted Nugent Will Stay the F*ck Away From Your Town