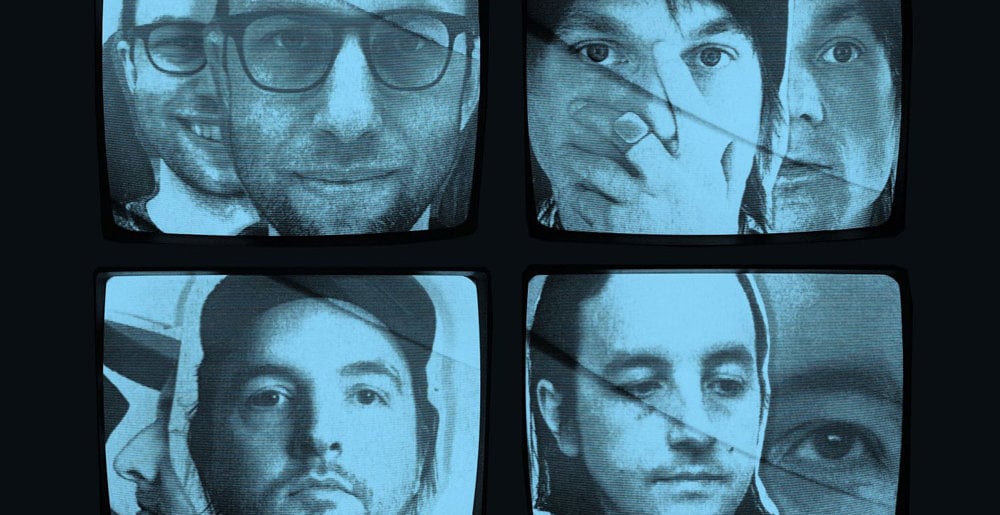 Following the brief intro “Exit Perfect Mind,” “Pyrocene” is the first proper track on Dream Weapon, the first new Genghis Tron album in thirteen years. And it’s a PERFECT introduction to everything the record has store in for you: it’s catchy, it’s hypnotic, and the instruments all blend together in this really interesting way, becoming one organic mechanism — it can be hard to tell where the guitars begin and the synths end, or if the drums you’re hearing are live or programmed. It’s fantastic, and shows that even if the reunited Genghis Tron don’t sound exactly the way you remember them, they still a) sound great and b) push the envelope.

Not incidentally, guitarist Hamilton Jordan says “Pyrocene” isn’t just the first song on Dream Weapon — it was the the first song they wrote for the record:

“‘Pyrocene’ was the first song we finished for Dream Weapon.  It all started with a single drumbeat that I wrote during an extended stay in the Arizona desert.  I gave that beat to Michael [Sochynsky, keyboards/programming], and within a few weeks he built an entire sinister, pulsating world around it.  We knew, well before finishing the album, that this had to be the opening song on the record.”

Check out “Pyrocene” via the below, super-truppy visualizer, which was created Yoshi Sodeoka (Tame Impala, Oneohtrix Point Never).

Dream Weapon comes out March 26 on Relapse. Pre-order it here.

Stay tuned to MetalSucks for our upcoming review of Dream Weapon AND a feature on the band and the making of the record!