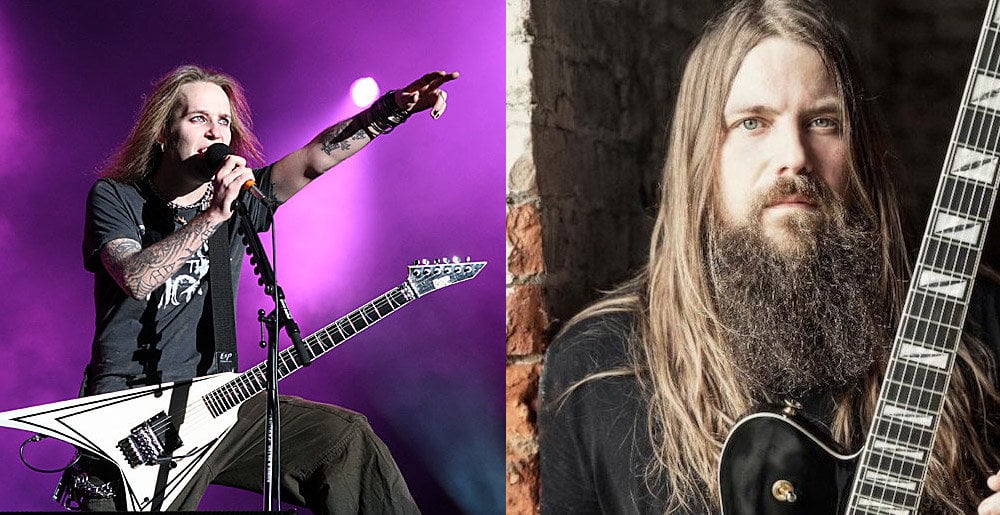 Lamb of God’s Mark Morton on Alexi Laiho: He Was “Incredibly Talented, Humble And Creative”

Lamb of God guitarist Mark Morton was our recent guest on The MetalSucks Podcast to discuss his memories of Children of Bodom’s Alexi Laiho, his picks for the Big 4 New Wave of American Heavy Metal bands, a quick update on the new material he’s been working on this year, and a number of other topics.

“The thing with Alexi is, man, he was just such a genuine, sweet dude. He was very much a rock star — he looked cool, and he was the lead singer, and he was a shred guitar player, and he was just this cool European metal rock star, but his personality was so mellow. He was real genuine — just a genuinely nice guy, really easy to talk to, easy to be around.”

Recalling a guitar lesson Alexi once gave him when the two bands were on the road together, Morton explained:

“I was, like, ‘Show me how to do some of that stuff,’ “He was, like, ‘What do you wanna know?’ I was, like, ‘I don’t know. Show me something.’ And he just sat down with me and showed me a couple of licks. He was just, like, ‘It’s not as hard as it sounds. You do this.’ He was that kind of guy. And he loved American cars, he loved muscle cars — we had that in common. He had a couple of cool cars, and I had a couple at the time — we would talk about that kind of stuff. He was just a real dude, man — just a real genuine dude.

“I hadn’t talked to him in — I don’t know — two or three years, just ’cause we were doing our own thing or whatever. But I’ve just got nothing but good things to say about the guy. It was a big loss — a big loss. It was tragic. I hate it. ‘Cause he was a good dude. Incredibly talented — incredibly talented and humble and creative. It’s just sad. I hate it.”

Bodom After Midnight, Alexi’s newly formed band after ceding control of Children of Bodom due to legal reasons in 2019, will release a 14-minute, 3-song EP, Paint the Sky with Blood, later this year.

Alexi’s family and his first wife, Kimberly Goss, are currently embroiled in a bitter disagreement that is holding up the burial of his remains.

You can listen to our full chat with Mark Morton below or right here.

Metal Sucks Greatest Hits
0 -
15 Ways Your Unsigned Band is Doing It Wrong
0 -
Danny Worsnop is a Good Writer
0 -
‘Til Death Do Us Part: Metal + Hard Rock Musicians’ Wedding Portraits
0 -
Website Photoshops Dogs in Place of Bass Guitars Because Why Not?
0 -
I Watched Rock of Ages so You Don’t Have To
0 -
11 Bands You’d Get Made Fun Of for Liking Back In The Day