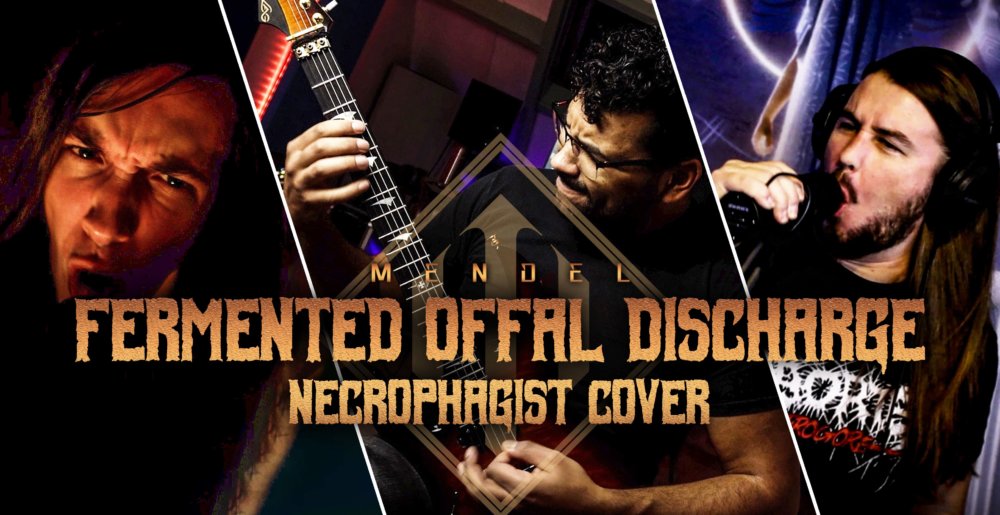 I’m not going to lie, I thought about starting this off with some sort of joke about how the eternal march of time will grind to a halt before we get a new Necrophagist album. But I really can’t think of an original one, so just use your imagination and pretend I said something funny.

Anyway, it’s no secret that collaborative covers have been a popular outlets for musicians during the pandemic, but what HAS been a secret is this cover of the essential Necrophagist classic “Fermented Offal Discharge” from Mendel bij de Leij (ex-Aborted), Ben Duerr (Shadow of Intent) and Jared Christianson (Arkaik). Secret, at least, UNTIL NOW.

The musicians here need no introduction, so it shouldn’t be a surprise that this cover absolutely fucking RIPS. Duerr and Christianson split vocal duties here and Mendel makes the guitarwork look comically easy, and if that weren’t enough, the tuning has been dropped down from D standard to B standard for that extra taste of beef on your dinner plate.

“I’m probably one of the few people that’s still waiting for the new Necrophagist album, since that band had a huge impact on my playing. I’ve always wanted to do a cover from one of the songs off the Onset of Putrefaction album. Since ‘Fermented Offal Discharge’ is my favorite song off of that album and has one of my all time favorite solos, it was an easy pick. The hard part followed afterwards; (re)learning the song and try to nail that solo as perfect as possible. Hours of slowing the song down, listening in mono to analyze the solo or mid-side to separate the riffs made me realize there’s much more going on than any tab you can find; there are small riff-details that I’ve never realized until i sat down and focused on the little details.

“Ben and Jared are easily some of my favorite metal vocalists, and what better way to combine them in this song to share or love/respect for a band that influenced the three of us.

“I hope you enjoy this cover and may the thing that’ll never happen, happen: a new Necrophagist album.”

The Belgians are coming to the States, too.