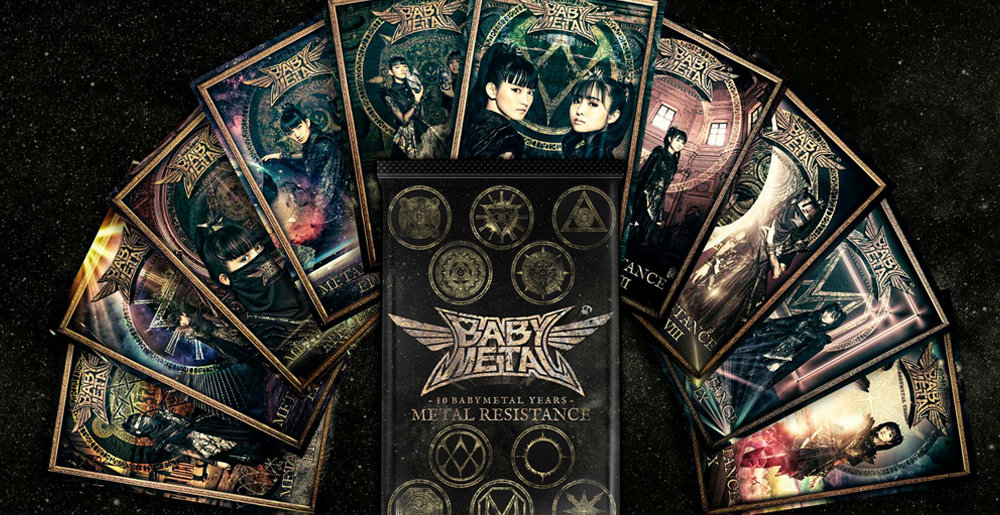 This seemingly-bizarre offering will arrive courtesy of Babymetal, who made the announcement earlier today (April 27):

“For the first time ever, Babymetal is releasing their own digital NFT trading cards.

“Limited to 1,000 complete sets, each card represents one of ten episodes of the Metal Resistance. The cards will be issued in NFT (non-fungible token) format, on the WAX blockchain.

“Each pack of cards will come with an exclusive Gold colored vinyl of the 10 Babymetal Years LP, only available with the purchase of a pack.”

Each “pack” of “cards” will cost a hundred bucks.

So on the one hand, this is much cheaper, than, say, the recent NFTs released by Megadeth (which sold for $18K) or Slipknot’s Shawn “Clown” Crahan (which sold for $14K), and you get a vinyl record with it, which is something.

On the other hand, I legit don’t understand what fans will be purchasing here. Are these “cards” also animated, as are so many other NFTs, or are you basically paying for digital files of still photos? What makes these “cards” and other NFTs, uh, not?

Babymetal will have what they are calling a “silent mosh’sh pit” at their shows for those who need it starting in January.

New Stuff 0
Babymetal Unleash a “Divine Attack” as Their First Single from The Other One
October 20th, 2022 at 12:44pm Hesher Keenan