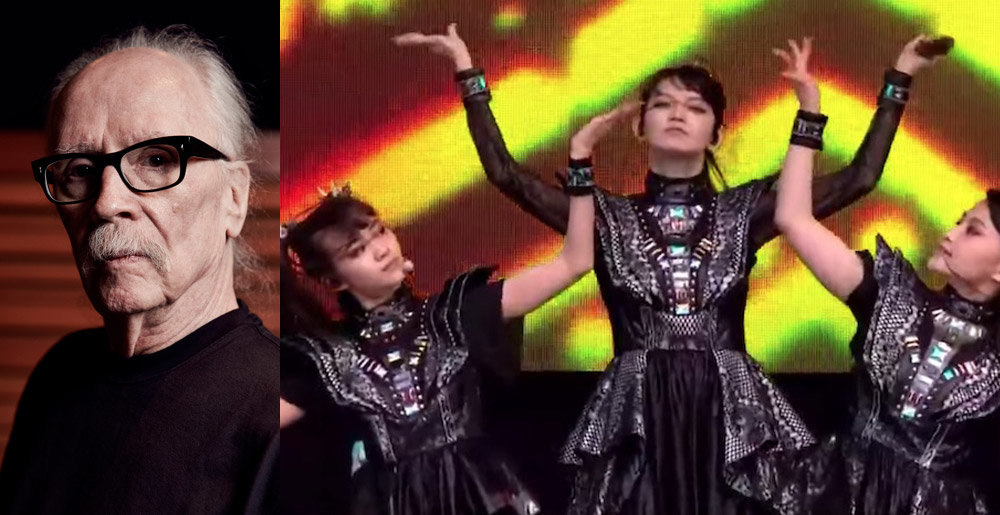 Horror Master John Carpenter on Babymetal: “I Love Them! They’re So Fabulous!”

A new chat with Kerrang! finds the composer turning his attention to something more light-hearted than his usual fare: Babymetal!

Asked about his proclivity for metal in general, he responded:

“I am a fan. I love Metallica. But you know, my life will be complete if I get endorsed by the Japanese group Babymetal. I love them! They’re so fabulous.”

When asked if he’d like to collaborate with Babymetal at some point, Carpenter responded, “​I would love it.”

It makes perfect sense that Carpenter would enjoy Babymetal: like his own entire career body of work — both film and music — the Japanese troupe are extremely theatric, and their music leans heavily on a carefully curated visual component.

Set for released on February 5 via Sacred Bones, Lost Themes III: Alive After Death will be Carpenter’s first album of non-soundtrack music in nearly five years. The album reunites him with his son, Cody Carpenter (whose mother, lest ye forget, is the great Adrienne Barbeau), and Daniel Davies, both of whom have been working with the filmmaker/composer since 2015.

The Carpenters and Davies are scoring Halloween Kills, the follow-up to Halloween 2018 (which they also scored). The movie is currently scheduled for release on October 15, 2021, although with the coronavirus currently wreaking havoc on studio release schedules, who knows whether or not that will be when it reaches theaters, or if it will even reach theaters.

Babymetal will have what they are calling a “silent mosh’sh pit” at their shows for those who need it starting in January.

New Stuff 0
Babymetal Unleash a “Divine Attack” as Their First Single from The Other One
October 20th, 2022 at 12:44pm Hesher Keenan

Metal Sucks Greatest Hits
0 -
Thirty of the Worst Metal Band Promo Photos of All Time
0 -
Listen to Metallica’s “Nothing Else Matters” in a Major Scale
0 -
Rigged: Wintersun
0 -
Rigged: Slipknot Percussionist Shawn “Clown” Crahan
2060 -
How Metal Nerds Choose What Bands To Like: A Scientific Model
0 -
Why are metal fans hopelessly stuck in the past??? :(