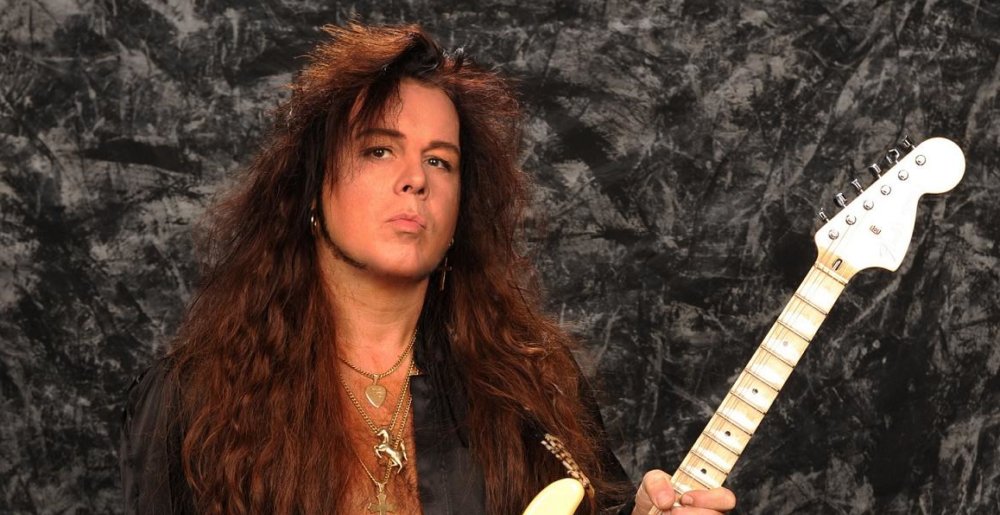 You can check out the first single, “Wolves at the Door,” via the below lyric video.

“I always try to push myself on every album I do, and attempt things which are more extreme than previously. But what has helped this time is that I wasn’t able to go on the road because of the pandemic. It meant I could take much longer in the studio, both to write and record. Because I am usually always on tour, which is great, I haven’t had the luxury of spending a lot of time working on new music for more than 20 years. But I suddenly had no pressure at all on that front. And I feel the album has benefited enormously as a result.”

Says Malmsteen of his recording process:

“I am the sort of person who doesn’t like to do take after take after take of any track. If something isn’t to my satisfaction, I’ll move on. But there were occasions with this album when I dismissed something because I thought it was a stinker. I went back a couple of days later, listened to it and wondered why I thought it stank in the first place! That’s the beauty of having everything available you’ve done through Pro Tools. Nothing is lost. Things were changing all the time. Song titles, tempos. Everything was fluid. I would listen to a part I had done for one specific song, and realize it worked better if I transposed it into another track.”

Says Malmsteen of deciding which songs should have vocals:

“I love to listen back to what I’ve done in the car. Sometimes I find myself singing along to what was supposed to be an instrumental. That’s when I realise this song does need vocals. The opposite happens as well.”

Says Malmsteen of the keyboards on the album:

“I can assure you that, while it may seem as if there are keyboards, everything has been done by myself on guitar. Even what sounds like a piano intro to ‘Wolves at the Door,’ the opening track, has been played on guitar.”

Says Malmsteen of the Paganini tribute in “Wolves at the Door”:

“It’s the sort of thing I love to do. It’s my way of paying homage to him. And here it works very well within the flow of the track.”

“There’s a track on the album called ‘(Si Vis Pacem) Parabellum’. This translates as ‘If you want peace, then prepare for war’. It was a last minute decision to make this the album title. But I think it fits very well.”

Says Malmsteen of the cover art by David Benegas (below):

“That was my wife April’s idea. David lives near us in Florida, and we were talking to him about other projects. I did a photo shoot with Mark Weiss, who I think is a great photographer and someone I’ve worked with for a long time. Then David based the portrait on this.  The painting itself is huge, and we’ve had the idea to use it to raise money for the April Way Children’s Foundation (‘dedicated to bringing the artists of the world together to give hope to kids, teens, and young adults that have been orphaned or are in foster care all across the world’).”

Says Malmsteen of nothing in particular:

“The bottom line for me is that the passion I feel for the music I make has to be obvious. I am the sort of person who lives in the moment. I wanted this album to have a joyous, spontaneous atmosphere. This must never sound as if it’s been rehearsed so much that it becomes routine.  I hope people will put on this record at the start and listen right through to the end, from start to finish. I recorded this as a singular piece of art. Not as a collection of 10 tracks you can hear in any order you want.  I was asked by Mascot what song would be the lead track. The one for which I’d do a video. You know what? I’d like to do videos for everything here. I view this album as having a natural flow from start to finish. It’s not to be cut up into little pieces. I want fans to experience the delight I had in making it.”

Says Malmsteen of the number of quotes in this press release:

Says Malmsteen of the smell of his own farts:

There’s no one better in Yngwie’s mind than Yngwie.