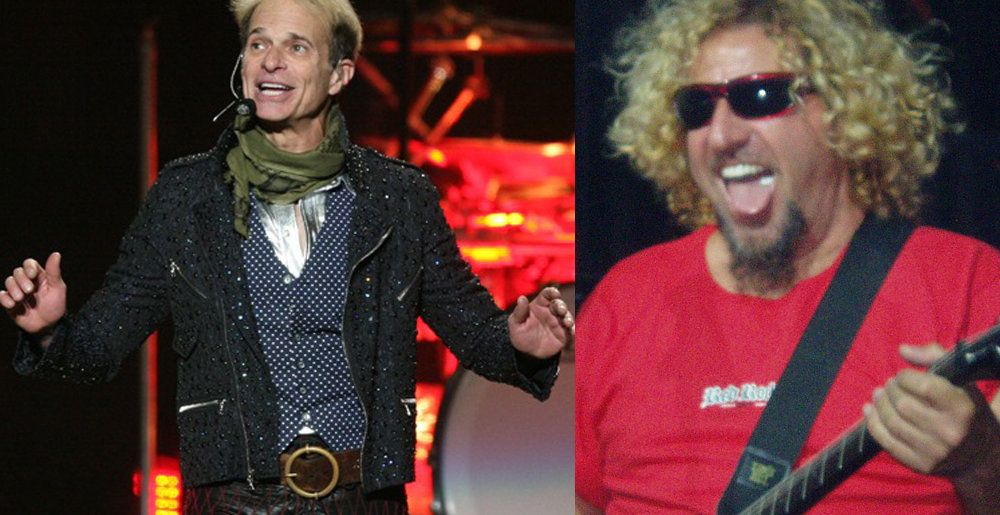 David Lee Roth is a showman, a character, a one-of-a-kind entertainer. You’d be hard-pressed to find anyone who disagrees. And that includes his Van Halen successor, Sammy Hagar, who respects DLR’s legacy in the band.

But, according to Hagar in a new chat with Brazil’s Inside With Paulo Baron, what you see with DLR is not what you get. In some extensive quotes transcribed by Blabbermouth, Hagar essentially calls Roth a phony, bringing the authenticity of his public-facing personality into question.

“[David is] a real character. He’s a showman. He’s all show. I enjoy him. But you talk about cringing. I can’t imagine how he feels when he looks at some of them old videos, the way he was dancing and moving, and the way he was singing live sometimes. I don’t know how he feels about all that, but I don’t think he cares. The difference between him and I [is] I sincerely care — I care about everything I do and I care how it affects people and I care what they think. I care that it touches them and it makes them happy. And what is important to me is enlightening and elevating people spiritually and making them happy and making them have big dreams, making them want to be better themselves. And that’s my goal with everything I do — is to bring that to people and change their life, if I can. I don’t think he cares about anything like that. And that’s the difference between our presence. He’s very much into himself, very much into being a showman and doesn’t really care. I don’t know what he cares about; I really don’t. I don’t know him. I have no idea who that guy is; I don’t think anyone does. But he entertains me. I enjoy watching him do stupid shit.”

Nothing too incendiary so far, right? Just “he’s a great showman but I find him to be cringe”-type stuff. But Sammy keeps going, explaining how he perceives Roth’s public-facing image:

“Well, the first thing I’d say is I look at him and I think, ‘Wow. He’s a strange person. He’s a strange character.’ He’s not what he’s saying he is; he’s pretending. He’s totally bullshit. Everything he does is thought up and it’s an image. It’s nothing to do with who he is; he’s not exposing who and what he is. And I know this for a fact. I knew that the first time I saw him. I said, ‘This guy, he’s putting on an image, putting on a show.’ He goes back home and goes in his house, and he’s a whole different guy — nothing to do with that guy [you see on stage]. He’s not honest about his image and his performance. That’s what I see when I see him; that’s how I feel. But I tried to be friends.”

That’s an interesting perspective I’d never thought of before. Who is David Lee Roth at home? We see him on stage, we hear the eccentric man in the interviews, and we think that’s the way he is all the time… but is he? Sammy might not be in the BEST position to know, but he’d certainly know better than any of us.

Speaking of which, referring to the tour Roth and Hagar teamed up for in 2002, he explained:

“When we did tour together, I thought it was gonna be so much fun. I thought, ‘If he’s anything like he claims to be, we’re gonna have a good time.’ But he wasn’t. He was the worst guy to be around. He wasn’t ever around. He hides out. You never see him. He puts on this whole big front and comes out, ‘I’m here. David Lee Roth is here,’ and then he goes and hides again. I don’t think he’s happy. He’s never been married; never had a relationship; never had children. It’s, like, man, how do you live like that? I don’t know. I’m a family man. And I love women — I love women and children… He hasn’t aged well — his voice. [Laughs] I don’t know. It’s hard.”

Hagar continues by saying he’s tried over the years to be respectful to Roth, but has essentially given up:

“I used to not wanna cause trouble. First, in the old days, before I was in Van Halen, I ripped him through the fucking coals when I [did] the press, before I ever was in that band. And then when I joined the band, I tried to be nice. And then when I left the band, I tried to be nice about him. And then we did our together, and then I fucking said, ‘Fuck this guy. He’s an asshole. You can’t get along with him. He’s no fun. He’s full of shit.’

“And then now, after [Van Halen guitarist] Eddie’s [Van Halen] death, I feel, once again, he’s part of the Van Halen legacy and he’s important. So I wouldn’t wanna ruin anything to do with what he brought to that legacy. I want Van Halen to go down as one of the greatest rock bands of all time — but not just my [era]; Dave’s era [as well]. I want Eddie to be the legend and get the respect that he deserves, and the only way to preserve that is by being kind about the past. And, like in my [2011’s autobiography, ‘Red: My Uncensored Life In Rock’], like I said, that’s the only thing I would probably [change in the book if I was writing it now is I would] soften it up [as it relates to Eddie]. But it’s too late — it is what it is. And it’s honest. So I’m not lying, I’m not backpedaling — nope, nope. It’s all true. But God rest his soul. He brought a lot to this planet, to this business of rock and roll, Eddie Van Halen did. And Dave was a part of it. It’s too bad what he’s become. [Laughs] But that’s different. It’s not Van Halen anymore.”

Lots to think about and unpack here for Van Halen stans. Discuss in the comments below.

Metal Sucks Greatest Hits
1570 -
Frankie Palmeri’s Track By Track Breakdown of the New Emmure Album: A Track By Track Breakdown
0 -
Meet Ironbunny, the New Babymetal
0 -
Twelve Reasons Babymetal are the Single Best Thing to Happen to Metal in the Past Decade
750 -
Anthrax vs. Axl vs. Anso: The Worship Music Double Review
0 -
Metallica Release Official Animated “Master of Puppets” Lyric Video
0 -
Worst Year Ever: All of Our 2012 Year-End Sh*t in One Place