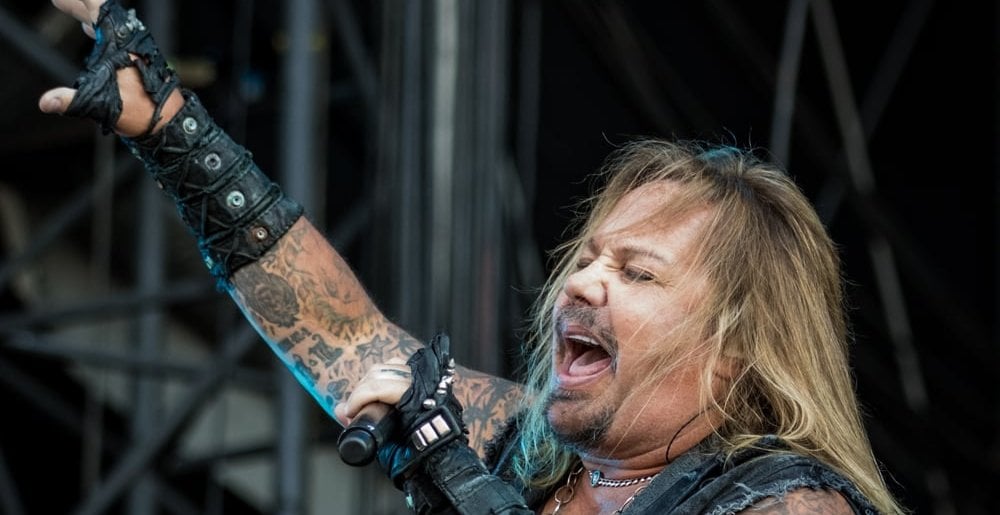 Did anyone think that Mötley Crüe frontman Vince Neil would suddenly get it together for his remaining 2021 summer dates? Of course not! That’d take months of hard work, and Vince Neil doesn’t have time nor is he known for hard work. So we continue to get more of what we got earlier in the summer: video of Neil performing live with his solo band, winded, out of shape and embarrassing.

Neil’s performance with his solo band in May, his first since the pandemic, was so disastrous it went viral. Telling the crowd, “Hey, guys… I’m sorry, you guys. It’s been a long time playin’. My fuckin’ voice is gone… Uh… We love you, and we’ll hopefully see you next time, man. Take care,” Neil walked off stage during Crue’s “Dr. Feelgood” and let his band finish the song before the set ended. Neil then canceled his next performance, nearly a month later, without giving a reason.

Footage from a private performance in Austin, TX earlier this month was slightly better in that Neil actually finished the set. But he was still up to the same old shenanigans (and invisible backup singers) he’s been employing for the past couple of decades, including pointing the mic towards the audience to sing key lines, skipping words, and sounding generally out of breath.

Footage from two new shows — Friday, August 13 at Indiana State Fairgrounds in Indianapolis, IN and Saturday, August 14 at The Regalia in Lake Ozark, MO — has now surfaced, and it’s more of the same. As I said in this piece’s intro there’s no way Neil (or any singer) could have turned things around so drastically in such a short amount of time, but it’s still both sad and difficult to watch.

You can watch footage from both shows at the bottom of this post.

Mötley Crüe and Neil had been in the press a whole bunch leading up to their planned 2020 stadium tour with Def Leppard, addressing the issue head-on by saying Neil was practicing and getting in shape. That tour was rescheduled to 2021, of course, and now 2022, giving Neil more time to get up to speed vocally, which he clearly hasn’t utilized yet.

Def Leppard guitarist Phil Collen recently pointed out that Neil has a year to go before the two bands’ co-headline tour, saying about the Crüe singer, “Hopefully everything is cool by then. I hope so. Fingers crossed.”

Neil was recently announced as a headliner at the inaugural DrinksGiving celebration and free concert in Las Vegas this coming November, an event that also features “soon-to-be announced drink specials, pub crawls, drinking games and more.” Neil has famously struggled with alcohol addiction in the past. In 2016, he was charged with misdemeanor battery for drunkenly assaulting a fan. Just last year, a Cameo video he was hired to make for a fan’s birthday went viral because Neil is very clearly intoxicated in the clip.