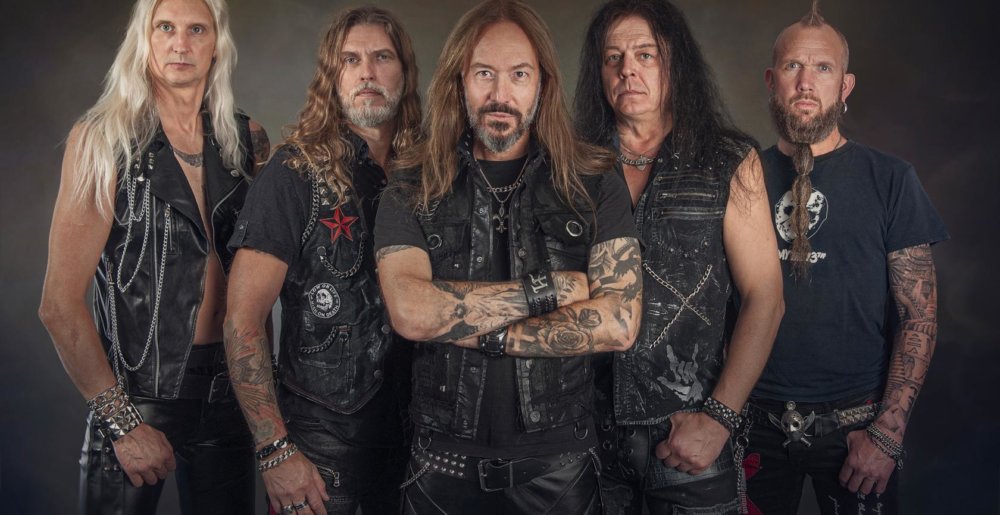 Hammerfall have released “Venerate Me,” the second single from their new album, Hammer of Dawn, featuring a very special guest vocal appearance by King Diamond.

“The second single is here, and I’m very, very proud of it! The music was written during the darkest, most uninspiring days of the pandemic and still came out as one of the strongest on the whole album. Joacim’s fantastic lyric idea makes this track really stand out, and the special guest appearance towards the end really pushes it over the edge!”

It won’t include “Masquerade of Madness.”