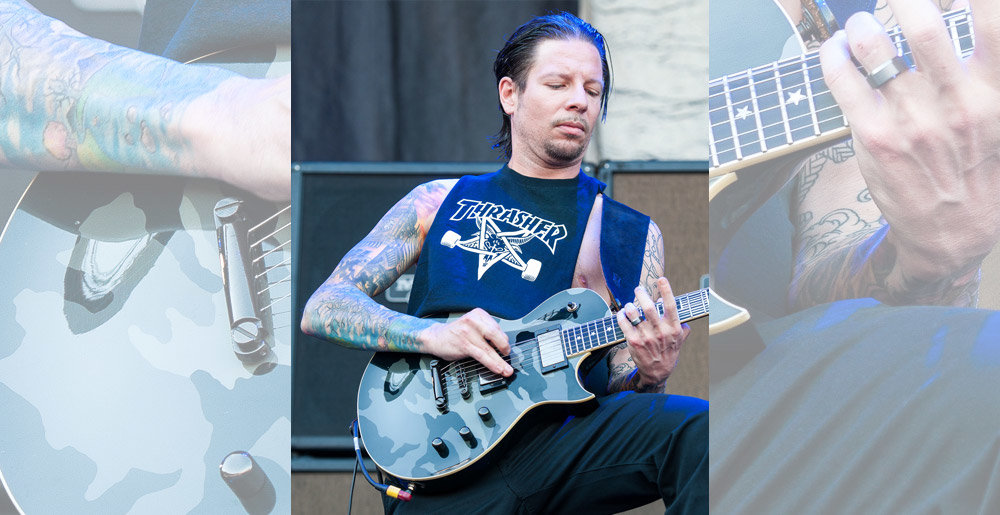 Lamb of God are currently aboard the Shiprocked cruise, which sails from Galveston, TX to Cozumel, Mexico and back and features performances by over 30 metal and hard rock artists. But unfortunately for Lamb of God fans, one of the band’s familiar faces is not with them: guitarist Willie Adler.

Lamb of God performed yesterday, January 24, and filling in for Adler was Phil Demmel, the former Machine Head guitarist who is now back in his pre-Machine Head outfit Vio-lence and also subbed in with Slayer briefly in 2018.

Fans were quick to notice Adler’s absence, sharing the news on social media. They were also quick to speculate as to why Adler might be missing, pointing to Carnival Cruise Line’s protocols and procedures that currently require guests to be fully vaccinated and tested. Similar reports about Adler emerged when Lamb of God’s summer 2021 tour with Megadeth called off its dates in Canada. Neither Lamb of God, Shiprocked or Adler have announced the reason for his absence, however.

Demmel is certainly as qualified a replacement as exists, though, and fan-filmed footage of last night’s show proves it. Making lemonade out of lemons, I suppose. Have a watch below.

Metal Sucks Greatest Hits
0 -
Metal Musicians Reacts to Maroon 5’s Lame Super Bowl LIII Halftime Show
0 -
Video: Dudes Rockin’ Out to Van Halen Meet David Lee Roth, Have No Idea Who He Is
0 -
New Candidate for Most Metal Wedding Ever: Bride and Groom Shred Down the Aisle
0 -
The Red Chord’s Guy Kozowyk is a Police Officer Now
0 -
Exclusive Interview: Lamb Of God Drummer Chris Adler on Randy Blythe’s Imprisonment, Upcoming Tour and the Future of the Band
540 -
Glenn Danzig Shops for His Own Kitty Litter