Metal Sucks
Metal Sucks Venom Prison’s Erebos: Be The Change You Want to See In... The New Slipknot Has Cover Art and Title, Still On for This...
- Tweet SHARE
Reviews 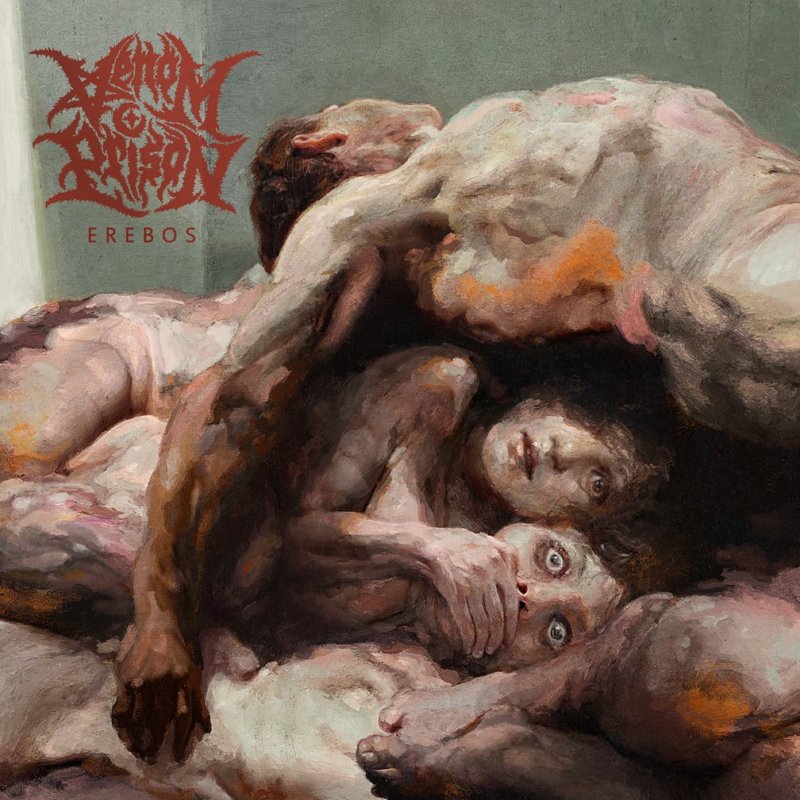 Venom Prison’s Erebos: Be The Change You Want to See In Death Metal

To be a death metal band in 2022 is to have a long line of influences behind you. From Impetigo to Arch Enemy to Suicide Silence to Horrendous, the genre’s history is by now as varied and complicated as the human circulatory system. For a young band pushing the envelope in the Year of Our Lord Omicron, things have to change, and the growing pains that come with moving a musical subculture forward must be savored and absorbed. That is the undercurrent running through Erebos, the fourth studio album from Welsh death metal upstarts Venom Prison: that we must embrace what death metal can be, and what bands from hereon out will have to invoke – and sacrifice – to stand out.

There’s energy and enthusiasm for days on Erebos, but it’s not easily swallowed or smirked along to. From the get-go, Venom Prison’s riffs feel vital and no-nonsense, with just enough of groove- and nu-metal’s chocolatey blunt force impact to protect them from sluggishness. Vocalist Larissa Stupar genuinely sounds like she’s screaming her fucking guts out on “Comfort of Complicity” and “Castigated In Steel and Concrete;” by the time she bellows the record’s title at the end of “Technologies of Death,” you’re officially impressed. Somehow, amidst the web of influences one can hear on Erebos, the band never trip over their own feet, and sound ferociously nutritious for the metallic soul.

But the healthiest meals aren’t always the most enjoyable one. It takes a while for Venom Prison to bust out anything really tasty on Erebos. Sure, it comes eventually – “Technologies…” definitely has some awesome guitar harmonies, and “Golden Apple of Hesperides” goes full Carcass on its riffs towards the end. But the clean-vocal opening of “Pain of Oizys” feels like a real necessary virtue, and no matter how many other badass moments the album brings, that one lingers like a bitter aftertaste. One can’t help but think that Venom Prison are forcing death metal to hit the gym and go to therapy, and while that’s fine, and even important, it’s also inherently uncomfortable. Nothing challenging is fun at first, this album included.

So, Erebos isn’t sick. It’s not fuckin’ brutal, and it’s not the kind of album you crush domestic tall boys to while raging at a neon-lit dive bar. This is a record warming its hands over a burning trash can, a record brimming with youth and all of the strange, gnarly energy that comes with it. That ultra-earnest but thoroughly-modern approach will never sit right with some of the genre’s older heads. But that’s okay, because death metal is bigger than those guys now, and Venom Prison are here to wave it as their flag. What this scene becomes in the future, well, that’s up for them to decide.

Venom Prison’s Erebos comes out Friday, February 4th, via Century Media, and is available for preorder. Stream the latest single “Nemesis,” listen to vocalist Larissa Stupar on the MetalSucks Podcast.