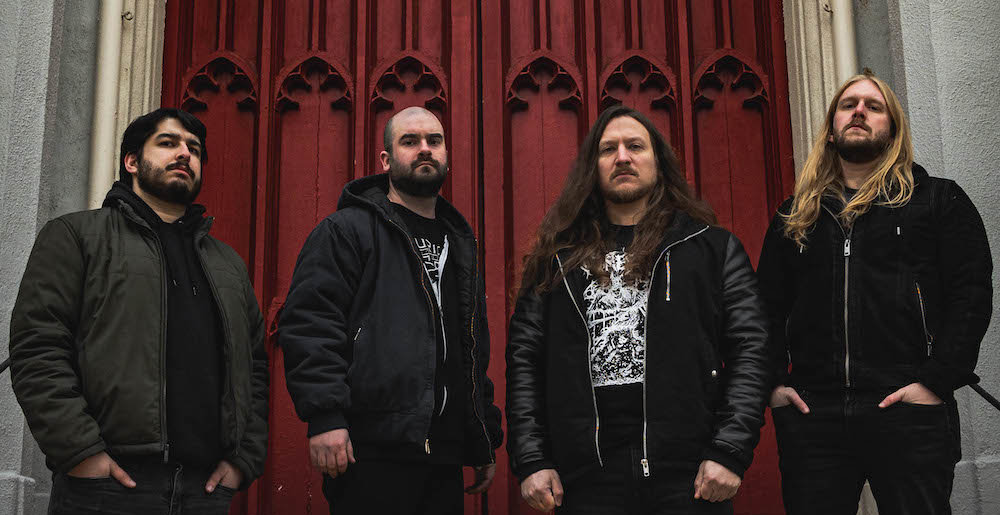 Exclusive Album Stream: Hath Tear Bring Down the Roof of the World On All That Was Promised

It’s to be expected that the apocalypse’s noisy trumpet was born out of New Jersey, but Hath sound cataclysmic even for calloused denizens of the Garden State. The band’s take on death metal (if you can call it that — ‘extreme metal’ might be more appropriate, given their amalgamated influences) is gigantic and sweeping, a whirlwind assault of distortion and blastbeats that seems to focus on virulent hatred over blistering technicality. The band’s songs certainly possess progressive attributes, and have heaps of technical expertise behind them, sure, but it’s Hath’s moments of pendulous contempt and roiling misanthropy that make them especially cool. This is a band whose music feels like it was made at someone.

But perhaps this is more of a statement on All That Was Promised than one on Hath as a whole. After all, 2019’s Of Rot and Ruin was packed with the band flagrantly showing off their progressive tendencies, though it still possessed moments of outright savagery. But this record definitely enjoys its wicked grin more than that one, immediately shouldering its trench of furor even deeper and wider into the metal scene. This record stomps, swings, and froths at a steady and self-indulgent pace, enjoying its emotionality without ever losing its destructive power. It makes you feel, it’s just that what you feel is a desire to watch the world shriek curses as it’s lowered into a sea of acid.

Check out our exclusive stream of Hath’s All That Was Promised below. The record comes out Friday, March 4th, via Willowtip, and is available for preorder.