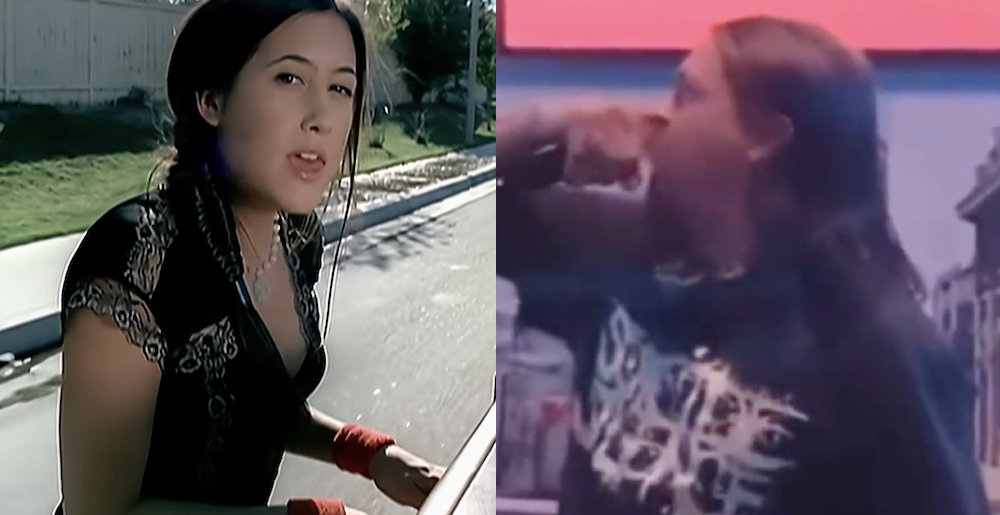 There are several natural forces at play in the world we live in today — the Sun, the wind, the tides and even the earth itself quaking and spewing fire. Those forces, however, are insignificant when compared to the primal need of every metalhead to throw blast beats and death growls over literally anything, including where don’t belong in — especially where they don’t belong. Which brings us to a TikTok video where an esteemed gentleman in a Suicide Silence shirt lays absolute waste to Vanessa Carlton’s “A Thousand Miles,” one of 2001’s most memeable songs, karaoke-style.

But Boozeman, you whine, if we wanted shitty karaoke, we all have shittier karaoke bars where we can go see it! And I believe you! But this version has deathcore vocals, and guess what? It’s not shitty! As the video text itself will tell you, this dude is a beast, and as MetalSucks’ leading authority on deathcore, I happen to concur with that sentiment. Besides, if you’re reading this, then chances are there aren’t enough $1 pints in the world to get you through a regular karaoke night without emotional damage, so you NEED this.

The dude goes by Tom the Hateful on Instagram and fronts a band called Dross, whose music I am admittedly having some trouble tracking down (comments section, do your thing). But if those vocals are any indication, we are down to hear more from these guys, especially if it means we get more deathcore karaoke, too. We’d also like to have a full version of this song for obvious reasons.

Oh, and if anyone is looking for ideas, I am STILL waiting on a spicy deathcore version of Katy Perry’s “Dark Horse,” because most of the covers on YouTube are just metalcore. Just please have mercy and spare us from that God-awful TikTok text voice that ruins the first two seconds of every video it’s in. Just my two cents.

Check out the carnage below, with the original for comparison afterwards.

Sponsored Links from Across the Internet
Show Comments
Related Articles
Br00tal-lists 0
14 Metal Genres Graded On How Important Vs. How Entertaining They Are
February 7th, 2022 at 11:19am Emperor Rhombus

Here are 14 subgenres rated by their cultural importance versus how fun it is to actually listen to them.

China’s metal scene is as diverse as its population despite its government’s reputation for cracking down on civil liberties.

And he nails it.