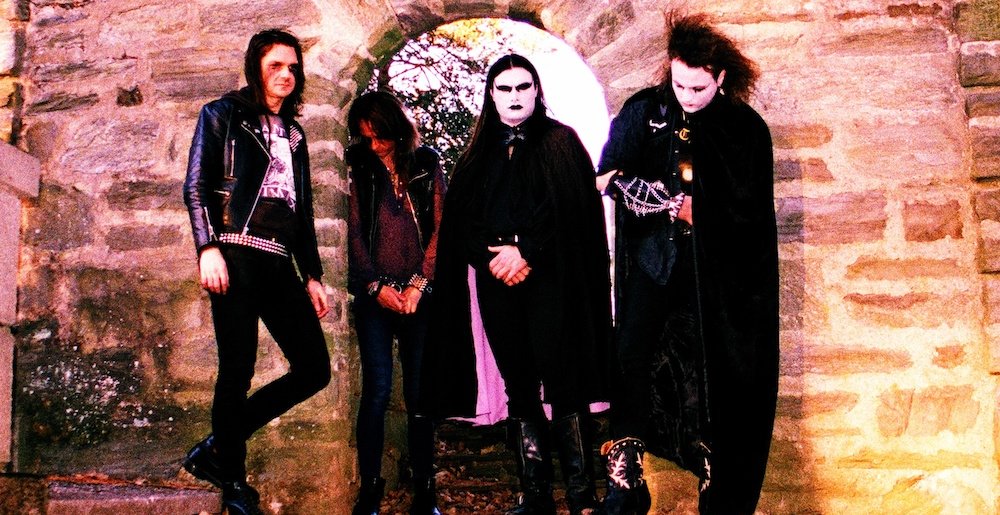 Man, we are here for Philly’s Devil Master. With 2019’s searing Satan Spits on Children of Light, the band offered us a glammy, hammy, hypersatanic blast of occult-draped blackened-sleaze metal (what a cover, too!). Now, it looks like the band aren’t letting up on their campaign of stygian snottiness, as they’ve just announced a new record, and have released an awesome first single to boot.

Devil Master’s new record, Ecstasies of Never Ending Night, comes out April 29th via Relapse Records, and is available for preorder. According to guitarist Darkest Prince, the record is a distillation of the two halves of their personality — black and pink!

“It’s the perfect evolution of our sound. It’s Japanese metal-punk d-beat meets black metal. There’s plenty of GISM and Mobs in there, but also Celtic Frost and Gorgoroth.

“This album is more mature and self-confident. It’s moving past childish Satanism towards a more mature dark spirituality. This one is not relying on stereotypical tropes. It’s a real magickal experience.

“This and the last album are mirrored opposites, right down to the titles. There’s even an instrumental in the middle of the album, like last time. I believe in balance, so there’s a spiritual aspect to it. And it just feels good.”

You had us at ‘never ending night,’ you beautiful bastards.

Check out “Acid Black Mass” below, followed by the album’s cover art and traclisting.