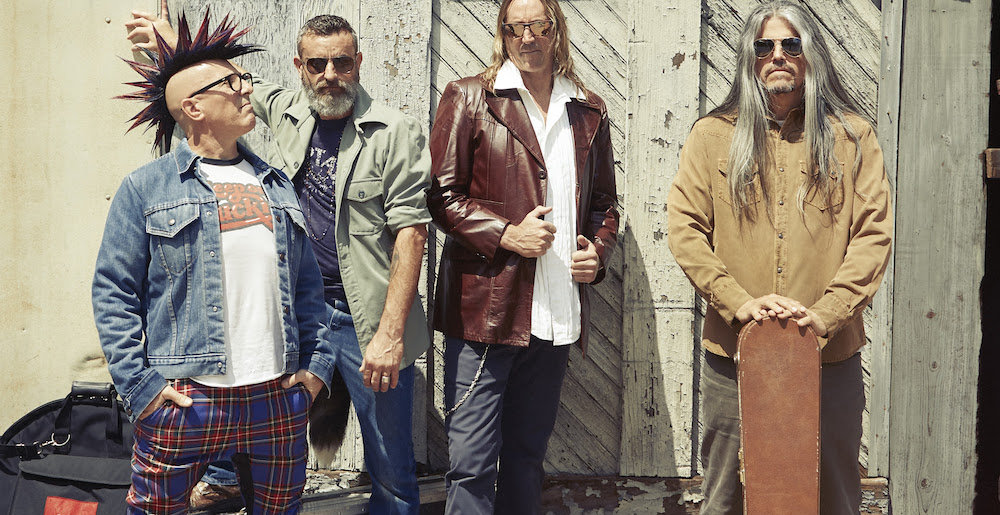 Danny Carey Says Tool’s Next Album Won’t Take 13 Years: “We Even Had Some Stuff Left Over from the Last One…”

Do you guys remember exactly how many stops and starts there were on the road to Tool‘s Fear Inoculum? Rumors ran rampant, band member spottings were hailed as second comings, and many speculated that the Tool crew were done and simply stringing people along. Now, drummer Danny Carey has explained the band’s extended recording period, and has also assured fans that it won’t take another 13 years for Tool’s next album to come out — because they have some scraps lying around!

In an interview with Cleveland Scene, via Blabbermouth, Carey was asked about the extended time it took to put out Fear Inoculum. The drummer replied with the following:

“It was frustrating not having new material to play, but that time really flew by quickly. I guess that’s just the nature of life. It’s like when you have kids, and they’re grown up, and you go, ‘What happened?’ It took a long time, but we did a lot of touring and tried to grow in different ways and take a break from each other to keep things fresh.

“We also wanted to bring in outside influences, so we would have something new to say to each other musically. It all came together really well on this one. I’m sure it won’t take us this long for the next one. We even had some stuff left over from the last one that we’ll develop. We have head starts on three or four new songs.”

Oh boy — leftovers! Hey, if you’re going to wait 13 years, at least use every part of the buffalo.

Catch Tool live at one of their following dates:

Metal Sucks Greatest Hits
250 -
Worst Year Ever: All of Our 2011 Year-End Sh*t in One Place
0 -
15 Ways Your Unsigned Band is Doing It Wrong
0 -
Verax’s Terrible “Time Wasters” is a Great Waste of Time
1860 -
The Top 25 Modern Metal Guitarists: The Entire List in One Place
0 -
Nothing to See Here, Just Some Photos of Cats Wearing Metal Battle Vests
300 -
Sebastian Bach: The MetalSucks Interview