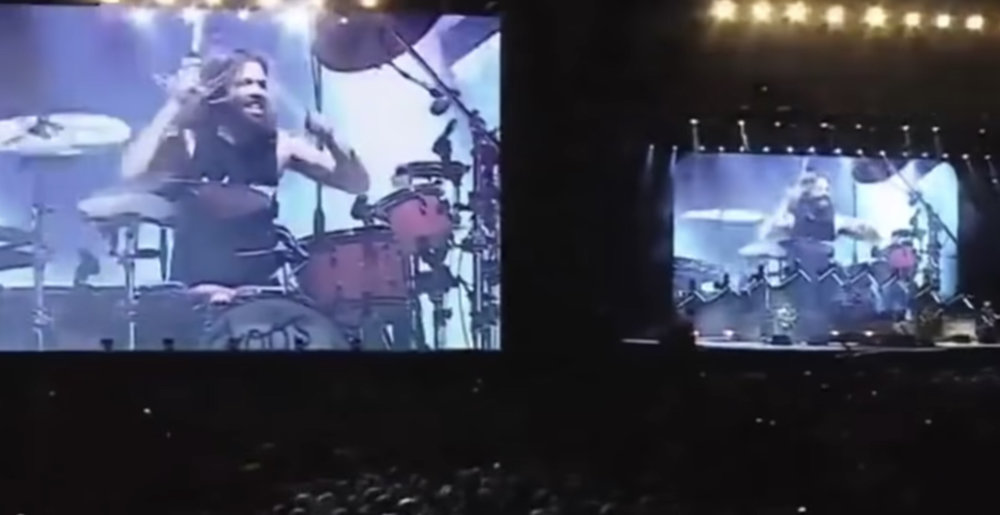 Last night, the rock world was shocked to hear that Taylor Hawkins, drummer for world-conquering rock act Foo Fighters, had died at the age of 50. Though the band were by no means metal, the news hit particularly hard here at MetalSucks; Foo Fighters are a band whose legacy is inherently intertwined with rock and metal fans of a certain age, and Hawkins was the band’s second-most-identifiable member. This author, like millions others his age, has several crucial life memories set to “Everlong.” Now, you can watch footage below of Foo Fighters playing that track at their final gig with Taylor.

As reported by Rolling Stone, Foo Fighters performed at Lollapoalooza Argentina on March 20th. Hawkins actually sang lead vocals on covers of Queen’s “Somebody to Love” and Jane’s Addiction’s “Been Caught Stealing.” But perhaps most heartbreaking is the speech Dave Grohl gives to kick off the encore of “Everlong:”

A cause of death has not been revealed, but according to Rolling Stone, the band are currently on tour in South America, and were scheduled to play a show in Bogota, Colombia, last night. The show apparently did not happen.

Watch the video below. It’s okay if you cry.