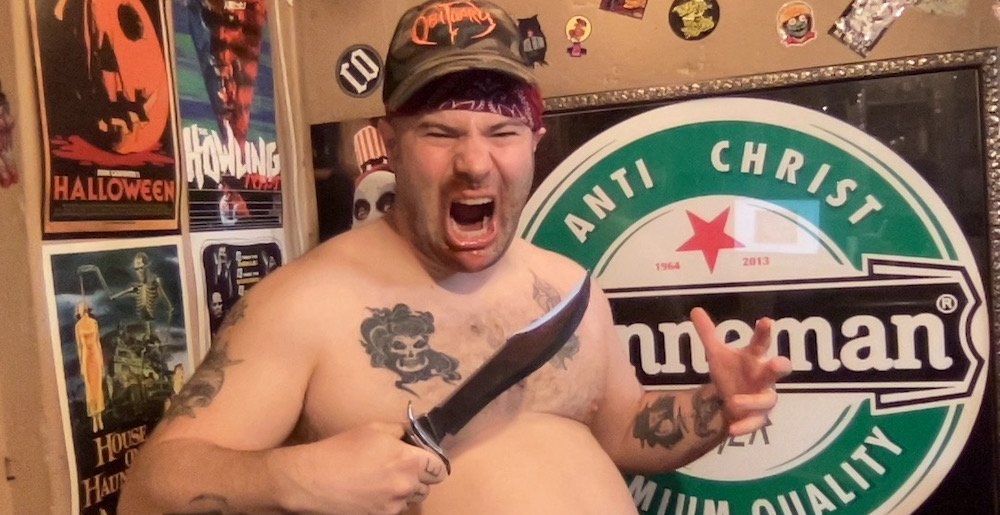 Sad news for the sandwichcore scene today, as Stephen “Jimminy” Wiminy, former bassist for Mine Hill-centered band Meatball Grinder, has been diagnosed with “terminal penisitis.”

Wiminy confirmed the news via his social media, with the following statement:

“Friends, foes, and former lovers, it’s your old pal Jimminy Wimminy [sic] here with some bad news. I just got back from the doctor’s office, and it looks like I have penisitis. And before you ask, yeah, it’s terminal.

“The docs took a couple of minutes to poke and prod Lil’ Jimminy before determining that it was Sweet Lady Penisitis for sure. I was given a fat sack of industrial-grade painkillers and told to take it easy. But the ol divining rod is definitely out of commission, meaning ther’ell be no Sins of Onan for this guy right here.

Wiminy joined Meatball Grinder in 2004, and played with them for two tours, including their infamously doomed trek with Bat Thumbs and Fromunda Cheese. His recorded input is featured on the band’s 2006 EP Mozz and Prosciut and their 2007 split with xGrilledCheeZx, Thou Shalt Not Suffer a Sandwich to Live.

Wiminy was kicked out of the band in 2008. The bassist released the following statement at the time:

“I’m outta Meatball Grinder. These New Jersye dickholes wouldn’t know a sandwich if theys mamas shoved it up their own asses slice by slice. Keep your eyes peeled for my new solo album, due out this fall! FUCK FAKE SANDIWICH MUSIC I AM THE GREETSEST”

Everyone at MetalSucks sends their heart out to Wiminy and his family, friends, and collaborators during this difficult time. We hope for his speedy recovery.

Those interested in donating to Wiminy to help with his medical bills can do so here.

Sponsored Links from Across the Internet
Show Comments
Related Articles
Saturday Song to Get Stoned To 0
SATURDAY TO FOOL AROUND TO
March 31st, 2012 at 11:59pm Kip Wingerschmidt

Metal Sucks Greatest Hits
0 -
BREAKING: Some Local Band Called Shrapnel are Tired of You Leaving the Show Before Their Set
0 -
Just in Time for Passover: Big Four Yarmulkes?!?!
0 -
Which Bands are “The Big Four of Death Metal”???
0 -
Navy SEAL Team Six Member: “I Wore My Demon Hunter Patch When I Blasted Osama bin Laden”
0 -
What If Metal Album Covers Were Truthful?
0 -
Students at British School Sing Iron Maiden’s “Flight of Icarus”