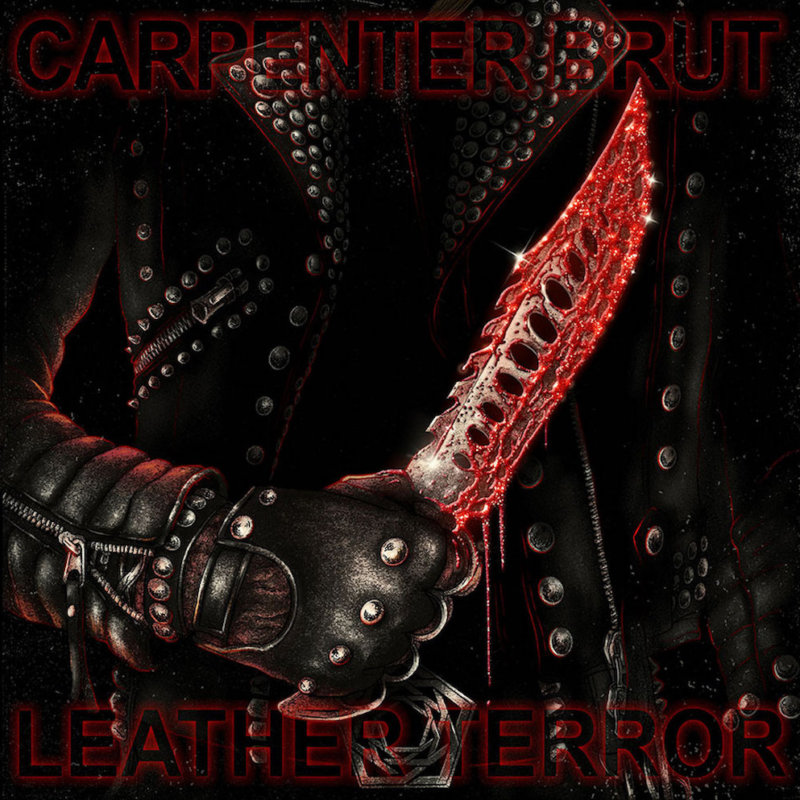 The edgy electronic sounds of the ‘80s have an unexpectedly relaxing effect. People may like the decade because they are familiar with its gated-reverb drumming, tonal-collide synths, and climactic vocals softened by the fuzz of vintage recording techniques. But we seem to always be chasing the nostalgia of that period, as though we feel at home there. And French synthwave act Carpenter Brut, back with their second full-length album, Leather Terror, have decided that nostalgia is a dish best served cold, hard, and fast.

Blurring the lines between what counts as sythwave, industrial rock, darkwave, and EDM, Leather Terror delivers all the delirious energy of a sweaty disco night in the worst part of town. Featuring a plethora of vocal guests, including Gunship’s Alex Westaway, Dillinger Escape Plan’s Greg Puciato, Converge’s Ben Koller, Tribulation’s Johannes Andersson, Sylvaine’s Kathrine Shepard, Ulver and Persha, the record replicates not only the retro instrumentals of the ’80s, but also the varied vocal experiences of the decade as well.

The record’s exposition and conflict are laid out in a proper narrative framework, with the foreboding and menacing cadence of “Opening Title” blazing directly into the industrial grinding and synth onslaught of “Straight Outta Hell.” The album truly starts to climb towards its climax with the next two cuts, “The Widow Maker” and “Imaginary Fire,” which provide massive soundscapes and anthemic vocal melodies. Steadfast it remains in this space across one-two punch “Day Stalker” and “Night Prowler,” until coming into the serene and dark vibes of “Stabat Mater” two tracks later. From there, we are left to lick our wounds and gather our thoughts among the guttural vocals of closing title track “Leather Terror.”

By the end, Leather Terror gives one the sensation that they’ve just finished listening to an ’80s horror soundtrack. It cascades over a cinematic structure, leading the listener through a chronology where it’s difficult to tell if they were in the past or the future. Delivering a hard grinding aesthetic any metalhead can appreciate, Carpenter Brut’s latest doesn’t feature a single guitar, and yet delivers the raging riffs we find so satisfying. With heavy cynical undertones, this album could easily appeal to fans of Ulver, Ministry, and Static-X, along with followers of acts like Perturbator and Gost, of course. I suppose we will always find ourselves looking to the past to figure out the future, and at the end of the day, if it ain’t broke, just slap some synth and distortion on it and say you fixed it.