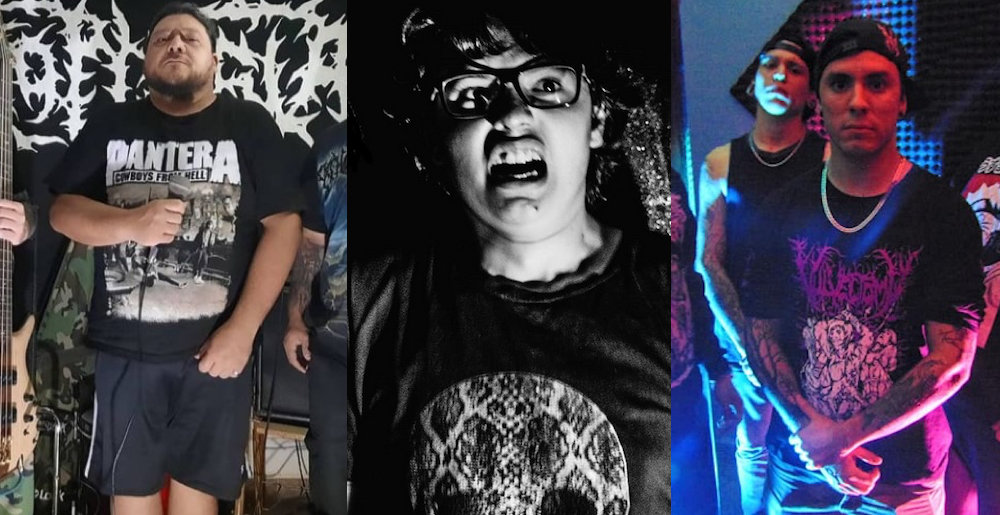 The metal community in Argentina is as solid as any other fanbase in the world. With events like the Maximus Festival starting in 2016 with bands like Slayer, Rob Zombie, Rammstein, Marilyn Manson and Disturbed playing, the second largest South American country (after Brazil) is starting to become more widely noticed in the worldwide metal community. Here, an underground scene brews a smegma-filled cauldron. The recent Sick Dog online festival showed extreme metal heads across the nations what the brutal Argentinian gore chefs can fill your bowl. Here are the biggest chunks:

Before we look into the modern brutal bands found in Argentina, the forefathers should be mentioned, as they paved the way for current brutal musicians in the country. Extreminio were the first death metal bands to come out of Argentina, along with bands Gastre, Vibrion and Escabios,. The band formed in San Martin in 1989, putting out several demos throughout the years until their first full-length, Homicide in First Degree, slashed its way into CD players via Hurling Metal Records in 2007. If it’s savage butchery that you’re after, you can’t go wrong with spinning an Exterminio disc like a head might spin on a greasy pike.

Next, we have a band named after a word you probably don’t think of much unless you’ve binged on a bunch of cheese or haven’t washed your penis for two weeks and stick your finger down there for a sniff check. This four-piece have been around since 2008, appearing on such compilations as Sick Musick to your Guts Vol. 5 (2021), featuring brutal bands from South America and beyond. Smegma‘s guitarist helped create the ongoing Sick Dog Fest, which in its second edition featured over 80 bands from 30 countries in an all-out online brutal party.

Dark sexual perversion comes through in the themes for Rio Gallegos’ four-man death metal crew Mutilagia. In 2020, they released their first EP, Confesiones de un Psicópata (Confessions of a Psychopath), and have been culling the sickest slam-heads in Rio for skull-crushing shows since. Another Sick Dog Fest alumni, they introduced their pathological passions to the music world-wide through streaming video psychopathy.

Oh hell no, not another Pandemic…Well, we trust this will be the last mention of one for a while, at least in this article. From Puerto Madryn, Chubut, this brutal death metal band has been spreading sickness since 2015. Insertion of Thought is their 2021 release, with songs like “Auditory Parasites” pretty much exemplifying the band’s ultimate goal — to squirm their way through your ear canal and then smash your brain like an old-school ECW chair shot.

The two-man hate-fueled power trip known as Guisø have been adding the salt to Salta since 2017. Between their first release, El pedazo de tu dios (The Piece of your God) in 2019 and last year’s De tal palo, tal astilla (Like Father Like Son), they have been producing a sound which feels like an army instead of just two folks on guitar and drums. The band are proof that you just need the right sort of ability, ambition and pissed-off drive to create a wall of sound where musicians like bassists aren’t needed.

Feeling like you’re going to suddenly burst into flames can be common at a death metal concert and the band is firing on all cylinders. What a way to go — your Rammstein shirt turning into ashes while doing one final lap in the circle pit. With Tierra del Fuego’s Spontaneous Combustion, the band looks to squirt the sonic lighter fluid, light the match and then fan the flames. Their 2020 EP Ignición is a slam-fueled display of pyrotechnic brutality.

Rio Gallegos’ Desecratuum are a newer band eager to show the world how much they can desecrate the layman’s idea of “music”. Like opening a dirty magazine found in the woods with several pages stuck together and pictures torn out of the ones that aren’t, their 2019 demo disgusts as much as it intrigues and titillates. The band’s work features an old-school philosophy in which catchiness and studio tricks are regarded as weak.

“Throw down your umbilical noose so I can climb right back,” sang Kurt Cobain in Nirvana’s “Heart Shaped Box.” Thanatofilia take this lyric to the extreme with their album cover for Estrangulamiento umbilical (Umbilical Strangulation). With this introduction to the dark theme of infant suicide, are ready for music that matches the morbid subject matter. Perhaps if the baby was given a pair of headphones and this album, it would have a reason to carry on and live life to the fullest.

Ushuaia’s Social Shit are one of the long-running death metal/grindcore acts waving the great Argentinian flag. Sounds of Destruction kicked off their 20-plus year career and with each release thereafter, the chaos has been increasing to a summit with no return in sight. Disociativa manifestación mental (Dissacociative Mental Manifestation) is their 2020 offering, a record so unhinged, it will probably come back to you in quiet, relaxing times like a form of PTSD. The band has been sighted at the Obscene Extreme Festival as well, making Argentina-based grind a buzzword at the biggest grind festival on the globe.

“We’ll get over this one, things will get back to normal, and then there’ll be another one.”

Iced Earth mastermind Jon Schaffer joined us on the most […]

Coronavirus 0
Mötley Crüe are Still Naively Acting Like Their Summer Tour Won’t Be Canceled
April 23rd, 2020 at 11:38am Vince Neilstein

This tour is not happening! It’s time for the band to accept reality and give fans their money back.