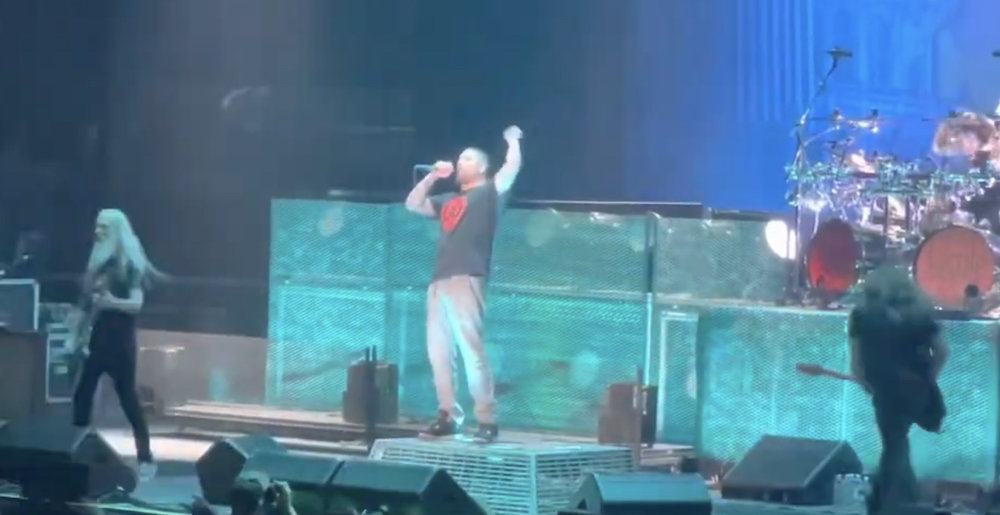 Yesterday, we reported that Lamb of God frontman Randy Blythe had tested positive for COVID, and would have to sit out of the band’s Grand Rapids stop with Megadeth, Trivium, and In Flames. Screaming in his stead would be Mark Hunter, frontman of Ohio metalcore forefathers Chimaira. Now, footage of Mark’s performance with Lamb of God can be seen via fan-shot footage below.

As you’ll see in the footage, our only real criticism of Mark is that he looks a little stiff — but how could he not be? According to the dude’s own Instagram, he wrote out lyrics cue-cards earlier that day, and anyway, he’s performing with someone else’s band on a big tour. I would literally be frozen in place, releasing a steady stream of urine at all times if I had to front Lamb of God. On top of that, his growls are some old-school metalcore scathe, which we’re always here for. Kudos to Mark for stepping up and helping some dudes out.

Throughout the night, Lamb of God were also joined by Trivium’s Matt Heafy and In Flames’ Anders Fridén; footage of those performances can be seen below as well. Meanwhile, get tickets to see Lamb of God at one of their remaining dates, because who knows who’s going to front them next?