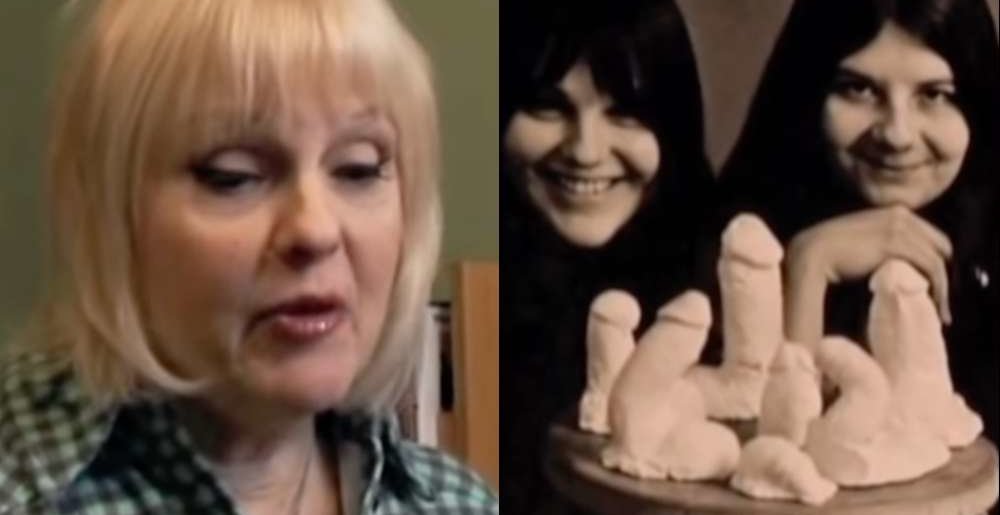 Sad news for the classic rock and dick-molding worlds today, as Cynthia Albritton, better known to the world as Cynthia Plaster Caster due to her habit of making plaster molds of rock stars’ penises, has died. She was 74 years old.

As reported by Consequence of Sound, Cynthia died in Chicago after “a long illness.”

Born in Chicago in 1947, Cynthia, a self-described “recovering groupie,” began the work she was most famous for in 1968. She is best known for having created molds of the penises of rock gods including Jimi Hendrix, Dead Kennedys’ Jello Biafra, and MC5’s Wayne Kramer. Later in life, Albritton also decided to start molding breasts as well, and made molds of the chests of The Yeah Yeah Yeahs’ Karen O, Peaches, Stereolab’s Laetitia Sadier, and The Mekons’ Sally Timms. While he never “modeled” for her, Frank Zappa was also a close friend of Albritton, and the two appreciated each others’ uncommon approaches to art.

Cynthia’s first exhibition of her work took place in New York City in 2000. Soon after, she was featured in Jessica Everleth’s documentary Plaster Caster, and contributed to the BBC 3 documentary My Penis And I in 2005. She was also the inspiration for and referenced in several rock songs, including KISS’ “Plaster Caster,” Le Tigre’s “Nanny Nanny Boo Boo,” and Jim Croce’s “Five Short Minutes.” The KISS song, featured on Love Gun, would always be the most famous of the tracks that detailed her art.

Everyone at MetalSucks sends their heart out to Cynthia’s family, friends, fans and models during this time. Thank you, Cynthia, for giving me the best headline any journalist can write. This was exactly what I needed at the end of this week.

Check out the VH1 video segment below in which it’s revealed that your fingers don’t touch when you grip Jimi Hendrix’s dong.

Sponsored Links from Across the Internet
Show Comments
Related Articles
Metal Gear 0
Mold of Hendrix’s Dong to Be Featured In Icelandic Wiener Museum
May 24th, 2022 at 9:03am Emperor Rhombus

Indiana Jones rescued it from some Nazi archeologist, thank God.

Metal Sucks Greatest Hits
0 -
Elvira Defends Rob Zombie’s Munsters Casting: “Sheri Is Freaking Adorable as Lily Munster”
0 -
Metallica’s St. Anger Was Released Ten Years Ago Today
0 -
12 Embarrassing Albums That Everyone Owned Back In The Day
0 -
Avril Lavigne Must Be Stopped
0 -
Worst Year Ever: All of Our 2012 Year-End Sh*t in One Place
0 -
Rigged: Testament Guitarist Alex Skolnick