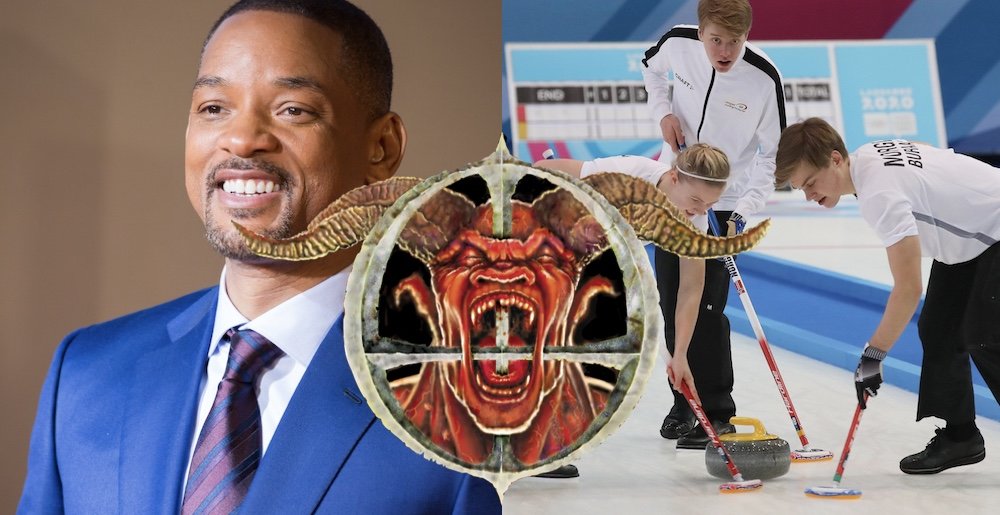 Will Smith by Dick Thomas Johnson, curling by Martin Rulsch, via Wikipedia.

Will Smith: “Ozzfest is the Least African American Event Outside of that Broom-and-Big-Ass-Hockey Puck Thing at the Olympics”

You might know Will Smith as an award-winning actor, rapper, and comedian slapper. But he’s also the husband of actor Jada Pinkett Smith, who in the early 2000s fronted a metal band named Wicked Wisdom. Now, in an excerpt from his memoir unearthed by Metal Hammer, Will described his experience when Wicked Wisdom played Ozzfest — and it’s pretty fucking hilarious.

Here’s how Will recalled the Ozzfest experience:

BWAAAAAHAHAHAHAHA! For the record, he’s talking about curling. Which is the whitest sport imaginable.

“Ozzfest is a purist audience, and what began as skepticism and dismissal, with every show was transformed first into silence, and ultimately into respect…Jada’s appearance at Ozzfest was so successful that Guns N’ Roses asked her to open for them on their upcoming tour.”

Look, we obviously will hate on anyone who hates on metal…unless they’re funny. And at least Will was funny here.

Sponsored Links from Across the Internet
Show Comments
Related Articles
Metal Legacies 0
Metallica Are the Most Successful Touring Metal Act of the Past 40 Years
August 2nd, 2022 at 1:30pm Em Shadows

Worst Week Ever 0
Will Smith on Ozzfest, The Darkness’ Justin Hawkins on Bon Jovi, and More of the Top Stories of the Week
May 14th, 2022 at 8:41am Emperor Rhombus

Truly the worst week ever.

Metal Sucks Greatest Hits
0 -
BREAKING: Joey Jordison Back in Slipknot as Percussionist!
690 -
Let’s Argue About Iron Maiden Album Art
0 -
Etienne Sin: What the Actual Fuck
0 -
Report: “The Number of Heavy Metal Bands in a Given Country is Associated with its Wealth and Affluence”
0 -
Heavy Metal Kitten Covers
0 -
Worst Year Ever: All of Our 2012 Year-End Sh*t in One Place