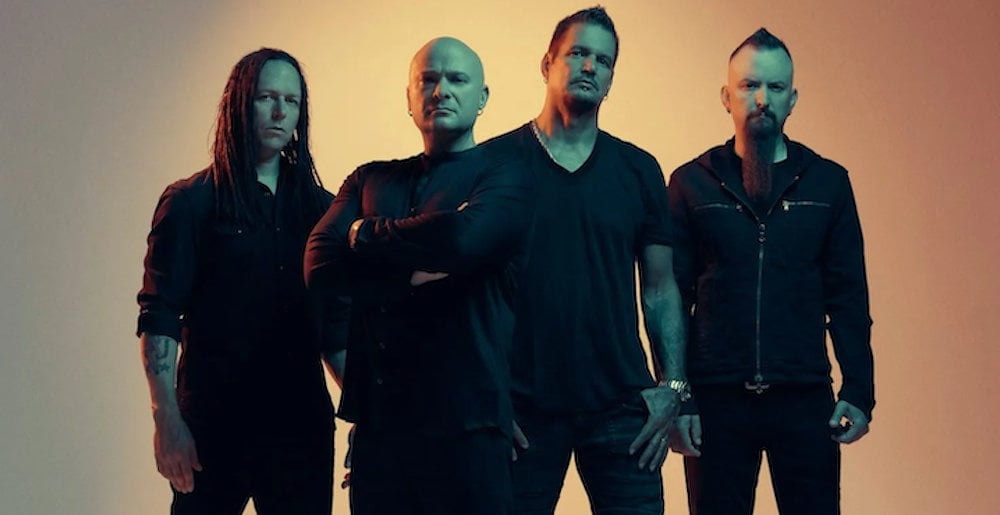 Last month, nu-metal mating-callers Disturbed revealed that they had completed recording on a new album. Now we know that it will be “heavy as fuck,” according to singer David Draiman — or at least that the majority will be.

The band performed at Freedom Montage Pavilion in Camden, NJ on Saturday, May 21, where Draiman told the crowd (via Blabbermouth):

“We have a new record that will soon be released. And it’s about 90 percent heavy as fuck. Now there’s still 10 percent of caring, loving goodness [laughs] — 10 percent. Hey, for everybody that fell in love with “The Sound Of Silence,” I figured, you know… But the rest of it? Sickness-, Ten Thousand Fists-era Disturbed, for sure. You excited about that? ‘Cause I’ll tell you we’re really fucking excited about it.”

Draiman’s comments aren’t the first information about Disturbed’s new album, which will be their first full-length since 2018’s Evolution. Drummer Mike Mengren recently spoke to The Mistress Carrie Podcast about the album’s release.

“We don’t necessarily have a definitive time frame right now. Coming off two years of a pandemic, we just have been taking our time in trying to put out the best record of our careers and top everything that we’ve ever done before.”

The singer’s comment from this weekend makes it seem like new Disturbed is coming sooner rather than later, but there’s been no official word from the band or record label.

Catch Disturbed on the last leg of their tour and at various rock festivals this summer and fall:

Depending on when you’d see them, Theory Of A Deadman, Breaking Benjamin, and/or JINJER will be the supporting act(s).