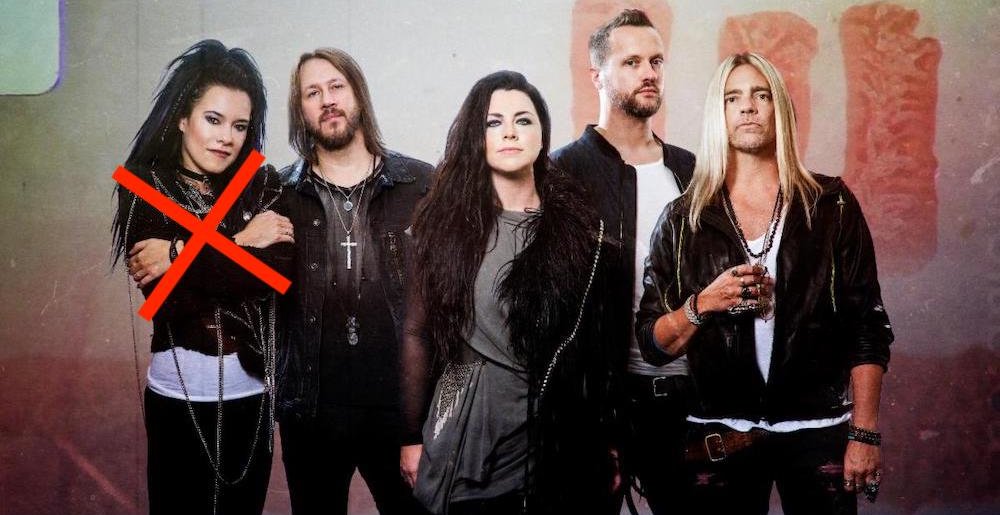 Guitarist Jen Majura Recalls Getting Fired From Evanescence: “I Was Two Weeks from Going Out on the Road Until The End of the Year…”

Last month, it was revealed that Little Rock goth-metal chart-toppers Evanescence had parted ways with guitarist Jen Majura. At the time, Majura made it very clear that “none of this was [her] idea;” now, she has opened up about the moment she learned that she was let go from the band.

Speaking to The Haunted guitarist Ola Englund on his webseries Coffee With Ola, Jen described the exact moment she got the call letting her know her services would no longer be needed (transcribed by Ultimate Guitar):

“I was cleaning my apartment, and I got the phone call. And first of all, I was like, ‘Is this a bad joke?’ And I remember after I got the news, I hung up and – I have this hallway in between my studio and my living room, and I just laid there on the floor, staring at the ceiling, wondering what that was, and literally looking over to my suitcase that I have already started packing, because I was two weeks from going out on the road until pretty much the end of the year.

“Yeah, I’m hurt. I’m hurt, and still in this blurry confusion of what just happened. But you know, new offers come in.”

That said, Jen has also made it clear that he’s taking a hot second to focus on herself, and her own music:

“Well, to be really honest, what I want to do right now is focus on me and my music again. Because, what I’ve realized is that – it’s difficult to say – I feel like I lost a little bit of my music inside of me during these past years.

” I want to do [right now], is [that] I want to reconnect with myself, and feel and hear and play my music again. And who knows. The plan is, so far – you heard it here first – I’m gonna write my third solo album.”

While this sounds like a bummer, it should be noted that when Jen’s departure was first announced, the majority of the comments on MetalSucks — the Majura-ty, even (we’re so sorry, Jen) — lamented the decision and sympathized with Jen. So it’s not as though she’s without a fanbase of her own outside of Evanescence.

Everyone's Replaceable 0
And the New Guitarist for Evanescence Is…
May 23rd, 2022 at 3:15pm Emperor Rhombus

Here’s a hint: they’re in this photo.

Metal Sucks Greatest Hits
0 -
Exclusive Interview: Damien Echols of The West Memphis Three on His Life After Death
0 -
Advanced Discrimination & Dragons: A Critical Look at Varg Vikernes’ Myfarog RPG
8790 -
The Top 39 Annoying Things That (Local) Bands Do
0 -
BREAKING: Joey Jordison Back in Slipknot as Percussionist!
0 -
Converse Rubber Tracks x MetalSucks: Everything All in One Place
0 -
Someone Made a Lemmy Doll from a Mr. Potatohead