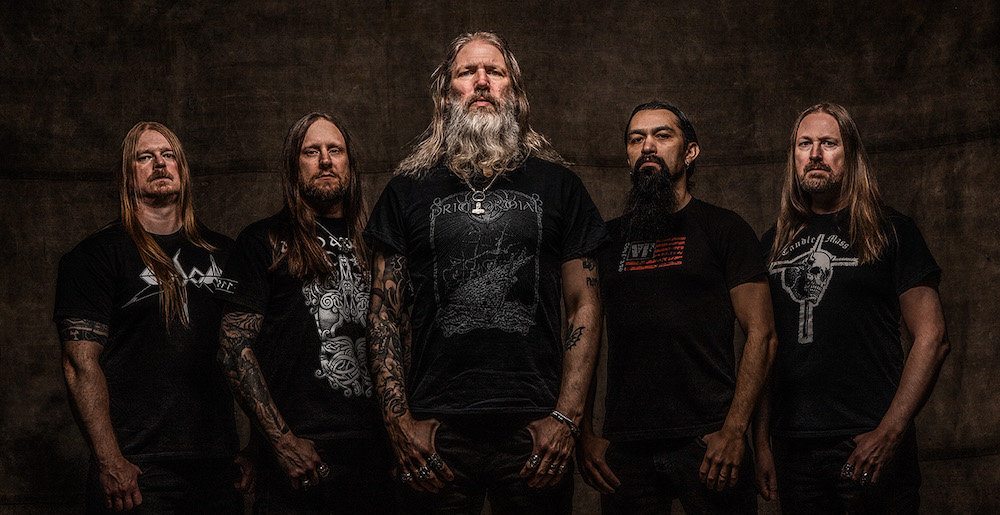 Last month, Swedish Viking metallers Amon Amarth announced their new album The Great Heathen Army. Now, the band have dropped a third single from that record via a music video about, uh, playing with minitatures!

The song is the album’s title track, and is pretty much what one would expect from Amon Amarth — big, pounding death metal about historical warfare and the battlefield and all that shit. The video, meanwhile, is about two boys who find Amon Amarth: The Tabletop Game and immerse themselves in a world of dice, miniature Vikings, and other stuff that they’ll pretend they don’t like in high school only to re-embrace in college.

Says the band of the song:

“The armada of the Great Heathen Army is at sea on the way to raid, but before we land at distant shores on August 5th we have a new single and video for you to feast on. This is the title track from the new album with a video we shot with the talented Pavel Trebukhin in Riga, Latvia. Who will you choose to fight with? The Vikings or the Saxons? Choose well and the Gods will decide your fate.”

Check out the video below. Amon Amarth’s  The Great Heathen Army drops August 5th via Metal Blade, and is available for preorder.

Meanwhile, catch Amon Amarth alongside Machine Head at one of the dates listed below:

They definitely put on a killer show.

News 0
This is the Metallica Song Amon Amarth Would Like to Cover
December 13th, 2022 at 10:18am Em Shadows