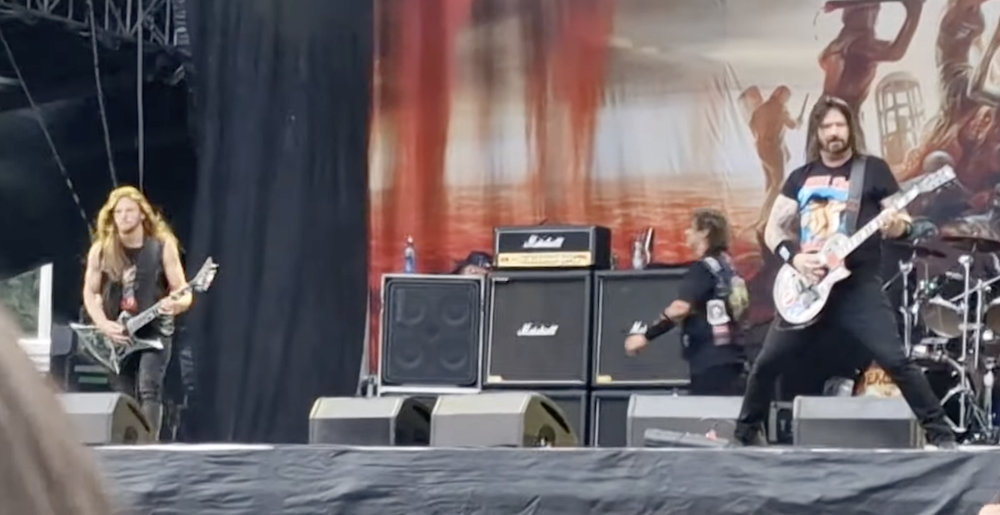 Thrash metal mainstays Exodus performed at Masters of Rock in the Czech Republic on Sunday, July 10, but there was a notable change in the lineup. Since Exodus guitarist Lee Altus couldn’t make it overseas due to family obligations, so The Black Dahlia Murder guitarist Brandon Ellis was tapped to handle six-string duties on the tour.

In a video for his Youtube channel, Exodus singer Steve Souza went into more detail.

“Our guitar player Lee Altus won’t be making this leg of the tour. It’s gonna be Brandon from The Black Dahlia Murder. He’s going to be filling in on guitar. For Lee, there’s some family issues that Lee needs to take care of for himself, so he’s going to be staying back [home]. He isn’t going anywhere. Sometimes these things happen. Family things happen. You can’t always put [the band] first.”

The singer explained that Altus’ absence was not sudden or unexpected, so Ellis had time to learn the songs and rehearse with Exodus before going out with them. On June 22, the band posted a statement to social media letting fans know Altus would not be on the tour.

“Exodus regretfully announce that Lee Altus will not be joining us on our upcoming European tour. Family concerns dictate he remain close to home and being so far away from home is not possible. Exodus stand strong with Lee and will destroy in his behalf, and he will rejoin us for the upcoming tours such as the fall leg of ‘The Bay Strikes Back’. We stand behind our brother in everything and he will be back! Joining us on this trek is none other than Brandon Ellis of The Black Dahlia Murder so let’s welcome him like one of the Exodus family! Brandon is one of the sickest guitarists alive and he is going to kill it for certain! See you soon in Europe and the UK!”

Check out a few videos from the festival below. It seems like Ellis is right at home with Exodus.

It’s always a good time when Exodus takes the stage.

Metal Legacies 0
Rick Hunolt Says Firing Paul Baloff Could Have Been “The Biggest Mistake” Exodus Ever Made
November 10th, 2022 at 3:08pm Hesher Keenan

Things could have been insanely different for Exodus.