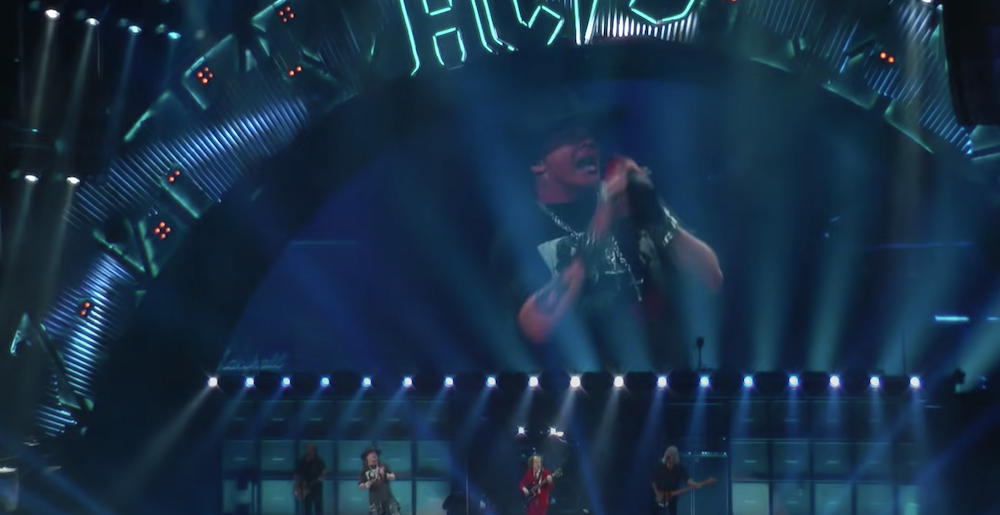 Ex-AC/DC Drummer Chris Slade on Axl Rose Performing with the Band: ‘It Was Fantastic’

2016 was a weird year to be alive no matter how you slice it but one of the most-surprising occurrences came when Guns N’ Roses vocalist Axl Rose fronted AC/DC for part of their Rock or Bust World Tour, filling in for vocalist Brian Johnson, who could not complete the tour due to hearing issues.

Former AC/DC drummer Chris Slade, who first drummed with the band from 1989-1994 and later on the Rock or Bust tour, recently spoke to Ultimate Guitar about rejoining his former band for that run. Inevitably, the topic of Rose’s vocals came up. Slade says he didn’t expect the Guns N’ Roses singer to fit as well as he did.

“I’d only ever heard his Guns N’ Roses voice, you know? I had no idea he could sing something like that, or that he could sing that way. You know, I don’t care what anyone says, Axl Rose is a hard worker. He used to warm up for two hours every day before each show, and then warm down for two hours after every show. I know that to be a fact because he was next door to me. I heard it every night. So, when people listen with their eyes, instead of their ears, that’s where the problems come in. It’s those internet trolls. They cause so many problems, and yeah, it’s not Brian Johnson, but that’s what the band had to do, and it sounded incredible. When Axl came in, people say, ‘Why bother? Why are you still going?’ We did it because we wanted to. We wanted to play the shows, and we wanted to finish the tours, but the trolls made it awfully hard.”

Slade also described the audition process for the vocalist spot on the Rock or Bust tour, telling the publication that there were more vocalists than just Rose who auditioned.

“Yes, there were four other singers who auditioned. Some known, and some unknown. Just as it is with the first audition I had with the band in 1989, I am sworn to secrecy about who those singers are. But when that all went down, I was told we would be having a sudden, unplanned day off, and I said, ‘Why do we have a day off tomorrow? What’s going on?’ And they said, ‘Brian can’t perform. It’s Axl Rose tomorrow. We need today to get ready.’ … ‘What? Axl Rose? You mean from Guns N’ Roses?’ … ‘Yeah, that Axl Rose.’ So that’s how quick it was. I was told that day, and then Axl turned up the next day. He came in, I shook his hand, he told a joke, and I thought, ‘This guy’s alright.’ [Laughs]. And when he started singing, it was unbelievable. I couldn’t believe it. He sang his heart out, and it was fantastic.”

The interview also includes talk about Slade’s run with AC/DC for their comeback album, The Razors Edge, auditioning for the band and more.