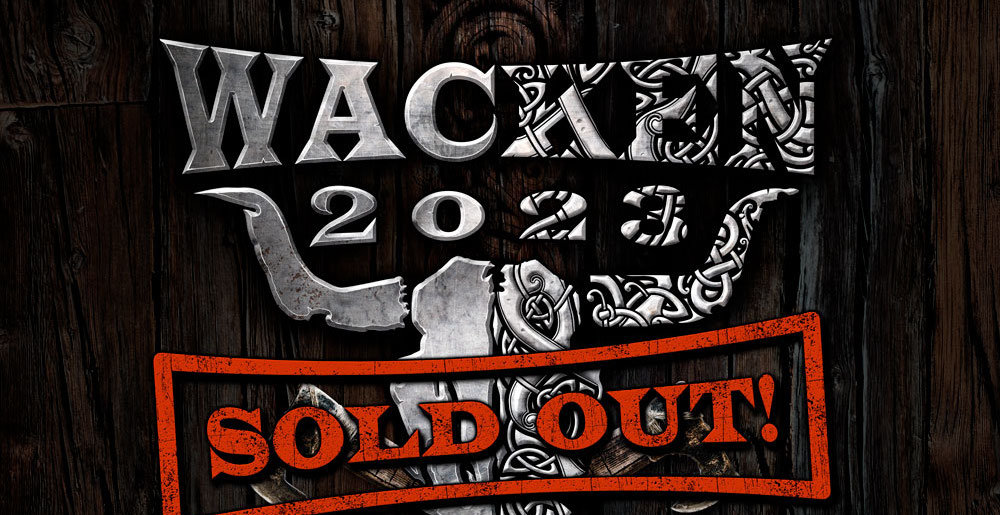 In one of the most insane announcements likely to come this week, organizers for Wacken Open Air 2023 have confirmed that the festival sold out—a grand total of 80,000 tickets sold in six hours. It is the fastest sellout in festival history.

“Metalheads! We absolutely cannnot believe what just happened: The Wacken Open Air 2023 is completely sold out after a record time of 6 hours — all 80,000 tickets are sold out! Thanks for your incredible loyalty, support and the trust you give us!

“You are the best fans in the world! So we can’t wait to celebrate another superlative metal party with you next year. Look forward to many more great bands and a festival with which we will take you back to the age of the Vikings — officially on four days instead of three!”

“A sold-out festival in that amount of time — unbelievable. And especially in these times, the backing of the community is enormously important.

“We are still knocking off the dust of this year’s Open Air and now, thanks to the trust of our fans, we can continue to fully concentrate on the program in 2023 under the motto ‘Vikings’, which will have one or two highlights in the bag in addition to the great Iron Maiden!”

“This is an enormous proof of confidence from our fans and we appreciate it very much. This allows us to push Wacken Open Air forward and develop various projects and themes alongside the billing, which we will announce during the year.”

So far, confirmed bands for Wacken 2023 include