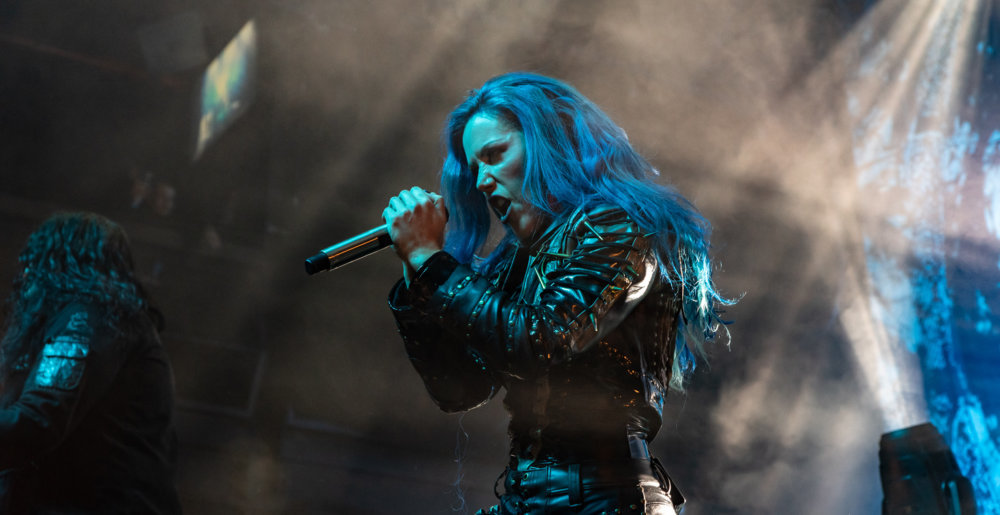 It’s been a long road for Arch Enemy to get to the release of their new album, Deceivers. They’ve gone on record multiple times about how the pandemic created a number of issues in the writing and recording process, given that members of the band live in Sweden, Canada and the United States. While speaking to Montreal Rocks, the band’s singer, Alissa White-Gluz, spoke about her experience with travel and the pandemic.

White-Gluz, who spent 2021 in Germany instead of her home country of Canada, explained the differences between the two countries’ policies and aired some of her frustrations (via Blabbermouth):

“I kind of split the two years on both sides of the Atlantic. 2020 I was west of it; 2021 I was east of it. Canada had extremely strict restrictions — so strict that at one point the police refused to enforce it because even they thought it was ridiculous.

“In general, I’m a pretty chill person and I don’t really judge people on decisions that they make in times of stress because obviously nobody knows how to handle this; this is a brand new situation for everyone,” she continued. “I definitely don’t think that it was handled very well, but at the same time I don’t know what the right way to do it would have been.

The singer’s comments are a reminder of a time in the not-so-distant past in which constantly-changing restrictions were the norm. In June, guitarist Michael Amott lamented the band’s international lineup:

“It certainly proved the point that it is the worst idea ever to have an international lineup with everybody living in different corners of the world. That made a normal way of working almost impossible, but we actually got it done. But it was just a lot more complicated and expensive.”

All difficulties aside, Arch Enemy made it through. Deceivers is out on August 12 via Century Media.