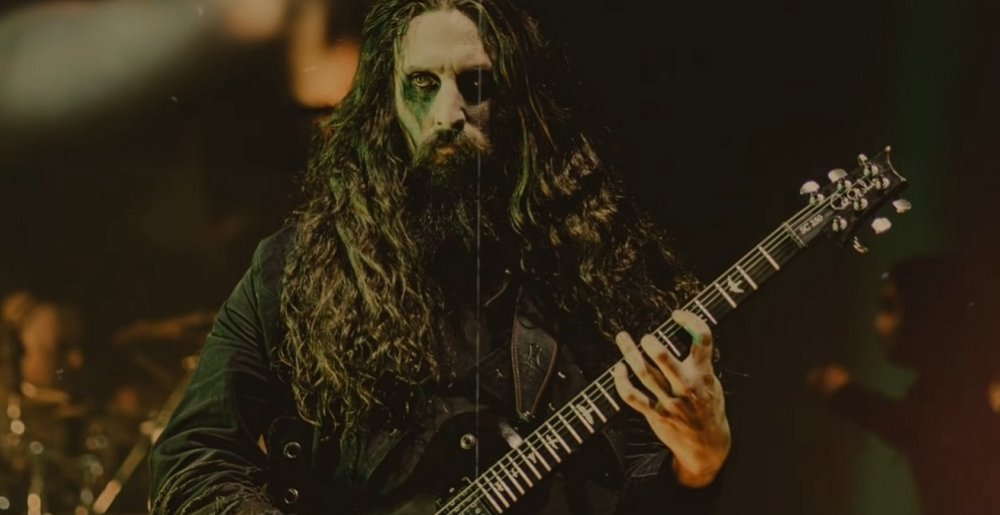 Guitarist Richard Shaw: “It Wasn’t Fun Anymore” to Play in Cradle of Filth

Behind-the-scenes drama caused ex-Cradle of Filth guitarist Richard Shaw to step away from the band this past May, ending a tenure that saw him appear on “Hammer Of The Witches,” “Cryptoriana: The Seductiveness of Decay” and “Existence Is Futile.”

While speaking on the latest episode of the 2020’d podcast, Shaw said his life and priorities changed once he became a father. Considering the hectic nature of fatherhood, compounded with long-running “b.s.” within the Cradle of Filth camp, and you have why he decided to leave, he said.

“Touring and traveling was never a problem for me. Writing and recording — the actual music side of things — I loved and I still love. It was all the behind-the-scenes stuff [that] kind of got to me after a while. It just got to a point where you find out things that you don’t like the sound of that’s been going on for a while. A lot of drama and B.S.

“I’m a dad now. My life’s pretty hectic as it is without adding unnecessary drama to the bag. It just got to a point where I was, like, ‘This isn’t fun anymore.’ Doing the shows is fun most of the time, but it’s all the other stuff that was kind of getting to me. It’s time to walk away. If it’s not fun anymore, it’s time to step aside.”

Though he didn’t get into too many specifics, Shaw said the good parts of playing in Cradle of Filth — the touring and recording new music — couldn’t outweigh the negatives. Shaw ultimately left the band around the same time that keyboard player and female vocalist Annabelle Iratni quit the band.

“Touring and writing and recording is the dream — it really is. But to me, it came at quite a high cost, and I wasn’t willing to pay that cost. Me, the keyboard player [Anabelle Iratni] and all but one of the crew didn’t wanna pay that cost. So they had to basically hire all new crew as well as a new keyboard player and a new guitar player… I don’t know. There’s a side of me that thinks if you just treat people better, it’d be less hassle. In a nutshell, just treat people better and show them the respect that they deserve and people kind of stick around.

“My B.S. tolerance seems to have lowered over the years,” he continued. “There’s a lot of stuff that I kind of let slide [in the past] that towards the end I was, like, ‘I’m not letting that slide anymore.’ It was as simple as that.”

Ultimately, it all came down to money as well, seeing as Shaw said he wasn’t getting properly paid for his work.

“It became one of those things where financially it wasn’t starting to make sense to stick around. I don’t know how much to say, but you get talking to other bands and other session members — ’cause I was a session member but I also wrote for the band — and you start discussing stuff with other people who are in similar boats, who are session musicians but also write for the band, and you go, ‘Hang on a minute. This doesn’t sound as fair as what you’ve got.’”

At the time, Dani Filth said Shaw and Iratni’s departures were “it just is what it is.”

“If someone feels that their tenure with the band has ended, then who am I to argue with that? We have to respect that people have personal commitments and/or sometimes find the career choice of being in a band like Cradle a tad overwhelming.”

To learn more about his time in Cradle of Filth and to check out the rest of the podcast, check out the episode of the 2020’d podcast below.