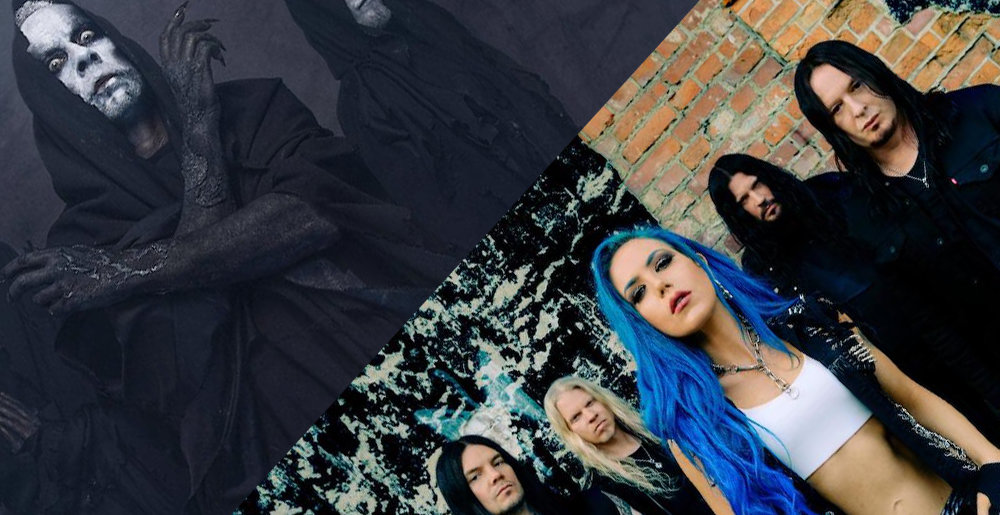 Don’t look now, but Arch Enemy and Behemoth are hitting the road yet again, though this time it’s in the southern hemisphere as the two bands gear up for a South American tour.

It only makes sense that both bands would team up again for another 13 dates since both outfits are either releasing or have already released a new album: Arch Enemy’s Deceivers came out on August 12, while Behemoth’s Opvs Contra Natvram is slated for a September 16 release.

Arch Enemy guitarist Michael Amott said he and his bandmates were more than thrilled to be hitting the stage in South America later this year.

“Latin America! We are beyond excited to return and play for you again, we’ve missed you! See you in November!”

Arch Enemy’s lead singer Alyssa White-Gluz was recently in the headlines thanks to Behemoth frontman Adam “Nergal” Darski, who was so quick to praise White-Gluz while speaking on the topic of women’s rights earlier this month on the Hardcore Humanism with Dr. Mike podcast.

“Hardly anyone in the metal scene talks about women’s rights. I know it’s a chauvinistic genre, and even talented and beautiful women that are very successful, they get a lot of shit from men, or are not being treated equal, which is absolutely wrong, because some of those women… Like for example, Alissa [White-Gluz] from Arch Enemy that we’ve just toured with, she’s got bigger balls than most of metalheads that I know and I’ve met and she’s probably even stronger and braver than I am, being a man.

“Women’s rights, what just happened in the U.S. a few weeks ago, and Poland, and abortion laws and stuff… If you are open-minded and if you’re about equality — you don’t need to be socialist to think that way — but women deserve their rights, same as men. And it still feels like there’s a massive imbalance in between.