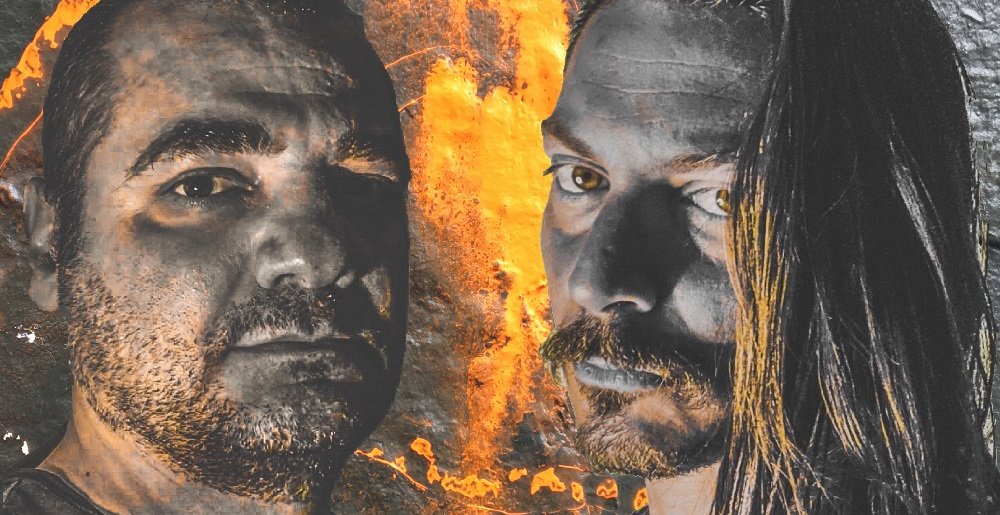 We hope you’re ready for some aural punishment, because we’ve got the full Mal de Vivre album from the new extreme metal band Red Rot streaming exclusively here on MetalSucks.

This exciting new duo of Luciano Lorusso George and Davide Tiso, formerly of Ephel Duath, are exclusively streaming their debut effort here to give the world its first taste of their unique brand of thrashy, doomy death metal. Joined by drummer Ron Bertrand and bassist Ian Baker, the extreme metal outfit’s 17 debut tracks come in at a tight 38 minutes, resulting in a concise yet powerful piece of music that’s worth listening to from beginning to end.

“We are thrilled to finally share Mal de Vivre in its entirety, because that is the way we wanted the album to be approached: chugged all at once. We released three singles so far and it wasn’t that easy to pick them from the bunch. These seventeen tracks have been sequenced meticulously and their up and down flow is essential to get a grip on what this band is about. Red Rot is rooted in early ‘90s Death Metal and stretches out towards melodic doom and oblique thrash: it’s ingrained in the band to travel on a bumpy road but we believe we are offering a rewarding and uplifting listening experience.

Most of these songs are burst of energy let go all at once. The writing process was similar, riffs kept coming one after the other with urgency and we did our best to capture all of them, matching the material with a raw and live sounding production style that emphasizes the old school nature of the band.”

Named after a French expression meaning a deep sense of discontentment, was recorded and mixed from October 2020 to May 2021 — you know, as the world was (and still is) in the throes of the COVID-19 pandemic. As a result, you get a record that deals with some heavy subjects including mental illness and rage.

Tiso said a lot of those feelings came from the feeling that the new music was “something sulphuric, malignant in its essence, combined with the idea of rot.”

“I found out that the Red Rot present in the vegetable tanned leather of old books that remain stored and untouched in humid locations is a result of binding components turning into sulphuric acid. This idea of old knowledge left rotting into itself created sulphuric essence clicked with me. It took quite a long time for me to start playing rotting sounding music: my career started playing sophisticated jazzy sounding metal. Now I feel I added sulfur to my music and Red Rot is the result of it. Apparently the damage caused by red rot is irreversible, I like to think that Red Rot’s music could do the same”.

Red Rot’s Mal de Vivre will be available tomorrow, but can be preordered today via Svart Records.