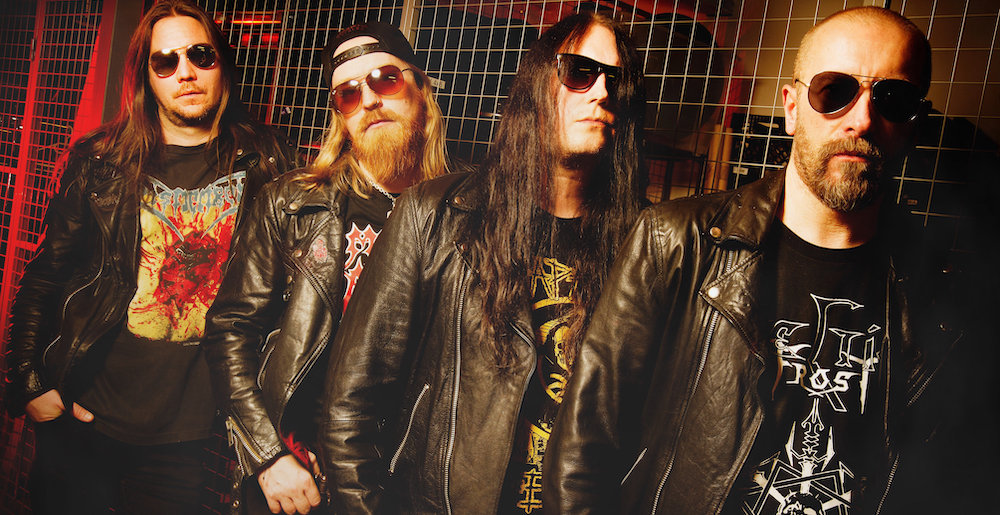 Nick Holmes: Death Metal Lyrics Are “Like Another Instrument to Me”

There are some aspects of death metal that make it stand out among the other metal subgenres. Fast and aggressive music, pummeling drums with vicious blast beats, gory album covers, and lyrics detailing scenes of death, hate, anger, violence, and so on.

On this week’s The MetalSucks Podcast, Bloodbath and Paradise Lost frontman Nick Holmes said he sees the lyrics he writes as a sort of means to an end — that they’re there to support the music more than always having to tell a particular story.

“If I write a line, if I can come up with a clever following line, I’m kind of happy with that. It doesn’t necessarily have to make any real sense for me. I’ve always been about lyrics as a spur of the moment kind of thing. For me, it’s the part or section of the song where if the words are right for that song it enhances what you’re hearing and makes it even more powerful. They’re more like another instrument to me.”

Holmes isn’t the first vocalist/lyricist to say that sort of thing. For example, Mike Patton said pretty much the exact same thing about lyrics being another instrument during a 2015 NPR interview. But Holmes went on to explain how death metal is specifically geared toward this kind of writing.

“That’s what I always loved about the old death metal. People would be waffling along about Satan for a whole album, but it would sound so good with the music. It didn’t have to tell a story or anything. It’s just about using the words as an extra instrument, I think. Particularly in death metal.”

Though he didn’t give any specific examples in his own work with Bloodbath, Holmes said he loves writing lyrics for the group since they’re able to go back and forth between seriousness and campyness.

“We kind of tap into the obvious death metal tropes. I think of Bloodbath as a musical version of a creepshow. Sometimes its serious and dark and sometimes there’s a hint of humor, but it’s always under the umbrella of horror.”

You can check out the rest of the Nick Holmes interview on this week’s episode of The MetalSucks Podcast.